Sunday morning in Washington, D.C. roughly 15,000 runners took part in the annual Credit Union Cherry Blossom Ten Mile Run, known as "The Runner's Rite of Spring®." The race, in it's 40th year, began at 7:30am, with participants running in waves of approximately 2,500 runners each. A Cherry Blossom 5K Run-Walk and 1/2 Mile Kids' Run also took place Sunday morning. The event serves as a fundraiser for the Children's Miracle Network Hospitals.

Kenya's Allan Kiprono, last year's second place finisher, won Sunday's men's race in a course record-time of 45:15. Julliah Pinega, also from Kenya, won the women's race for the second year in a row, conquering the 10 mile route in a time of 54:02. The first place finisher in both the men's and women's races receives $7,500 in prize money.

After the jump, a look at the top five finishers in the men's and women's races and their times. 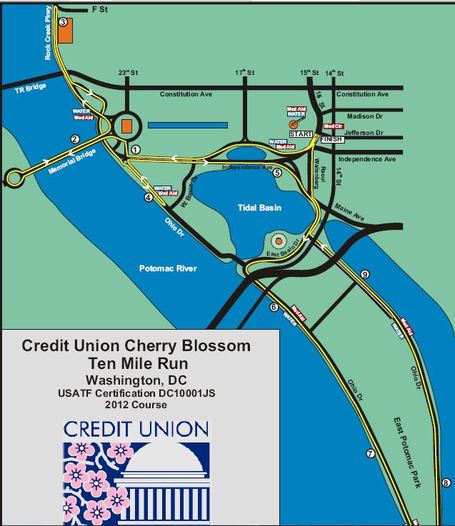