The Washington Capitals and Boston Bruins have played tough, physical hockey for five games so far in their opening round series, so why should Game 6 be any different? Less than two minutes into the second period on Sunday night Alexander Ovechkin, engaged along the boards, managed to catch 6-foot-9 Bruins defenseman Zdeno Chara with a high stick.

Though accidental, the act certainly did some damage, as the image after the jump shows. Warning: the picture is graphic, but not so much for the cut as for Chara's ugly mug. 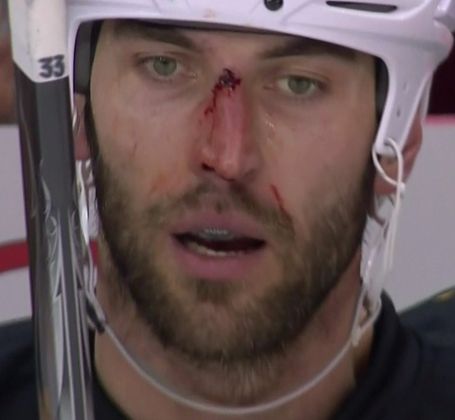 I apologize for all future nightmares.

We'll have plenty more on these games and the rest of the 2012 NHL Playoffs on SB Nation D.C., so keep it locked to this StoryStream for all the latest news and updates. For more news, analysis, and discussion on Capitals hockey, please head over to Japers' Rink. For the opponent's perspective all series, check out Stanley Cup of Chowder. You can also head over to the SB Nation NHL hub page for more on hockey news as the playoffs begin.