The moment Washington Redskins fans have been waiting for since the team traded for the No. 2 pick in this year's draft finally occurred Saturday afternoon: Robert Griffin III was officially introduced as a member of the team. After the jump, check out RGIII modeling his No. 10 Redskins jersey. 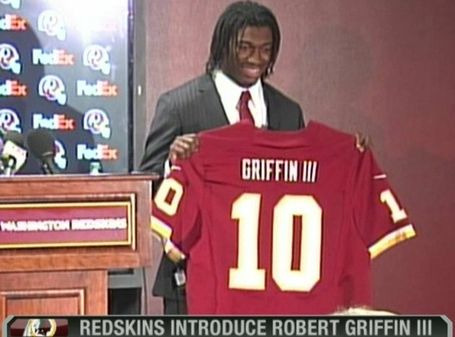