President Barack Obama and Vice President Joe Biden made it to their courtside seats just in time for the tip-off of Monday night's Olympic tuneup between the U.S. men's basketball team and Brazil.

First Lady Michelle Obama was a little late in arriving after taking in some tennis, making her appearance midway through the second quarter with the U.S. trailing. What happened next was a stroke of genius, and we highly recommend the Verizon Center employee responsible for a promotion and/or raise. 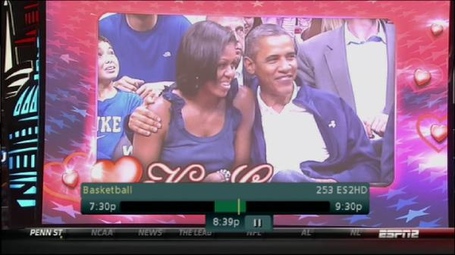 UPDATE: Hey, sometimes it's good to be the leader of the free world. Via Wolf Blitzer (yes, that Wolf Blitzer) on Twitter. 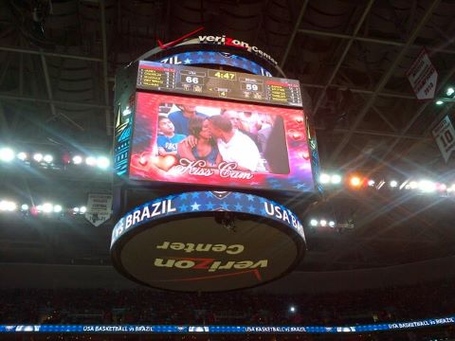