PHOTO: RGIII Lights Up The Newseum

Share All sharing options for: PHOTO: RGIII Lights Up The Newseum

If we were of a different disposition, we would raise at least one eyebrow -- and perhaps both -- at what is essentially a 74-foot-high Adidas advertisement superimposed onto the lettering of the First Amendment on the wall of the Newseum on Pennsylvania Avenue.

But on the other hand, we had a good lunch this afternoon and a more delectable dinner, and it's a still summer night in the nation's capital, so we'll let it slide.

Photo after the jump via @HogsHaven. 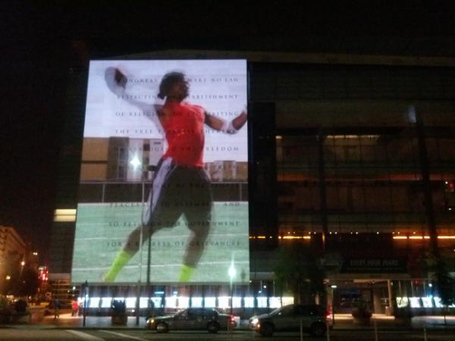