PHOTOS: Redskins Vs. Saints: 'Griffining' Has Been Unleashed Upon The World

Share All sharing options for: PHOTOS: Redskins Vs. Saints: 'Griffining' Has Been Unleashed Upon The World

As we went through our usual autumn Sunday routine of voraciously consuming all electronic media, we couldn't help but notice that just about every site used the Getty image of Robert Griffin III raising both index fingers while seated to celebrate Pierre Garcon's 88-yard touchdown catch-and-run touchdown that put the Redskins ahead for good Sunday against New Orleans.

And because this is what sports fans do in the 21st century, imitation soon became the sincerest form of worship. Yes, folks, Redskins fans have begun "Griffining" and the chronicler of this movement has been the Burgundy Blog Twitter account. Some notable images are after the jump. 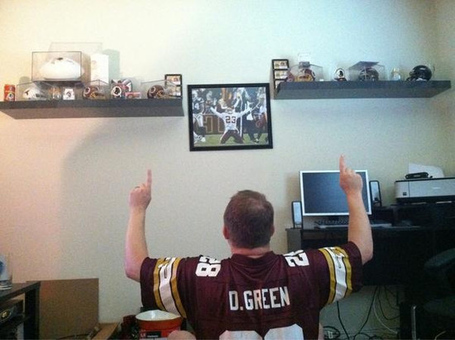 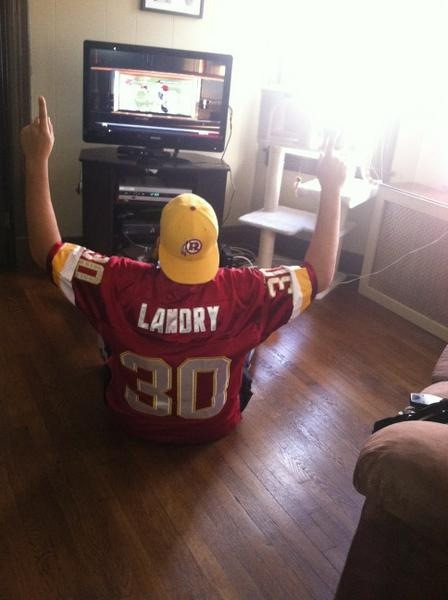 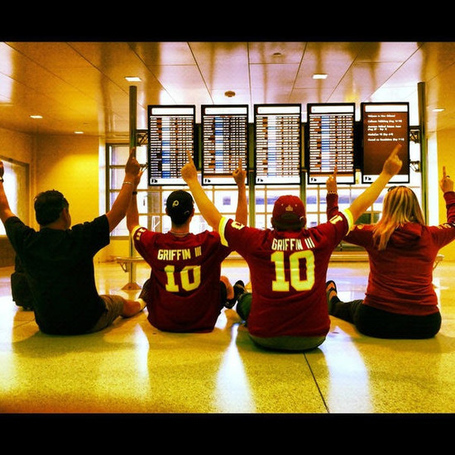 And so on. You get the idea. As celebrations go, it has its advantages. It's less physically taxing than Tebowing or the Dirty Bird. But in the Pantheon of Legendary Redskins Celebrations, it doesn't hold a candle to the Fun Bunch. And frankly, nothing ever will.