We once wrote that appearing on the cover of Sports Illustrated is a bit like being crowned the heavyweight boxing champion of the world: the ubiquity of the honor has diminished in this modern media world, but it doesn't make the prize itself any less worthy of adulation.

So, with that in mind, we congratulate Redskins quarterback Robert Griffin III for being deemed worthy to grace the cover of the magazine's East Coast edition this week. Photo's after the jump. 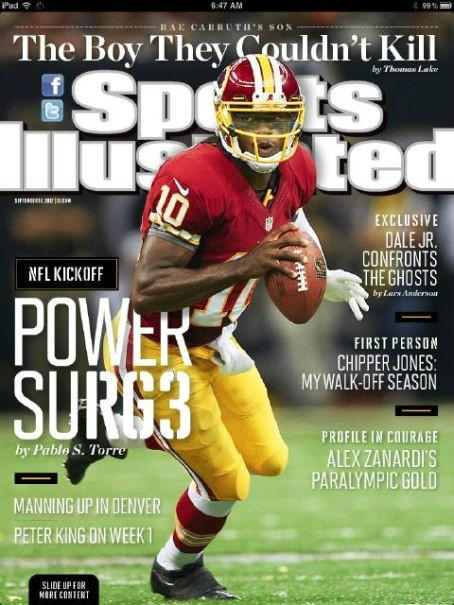 By the way, that gallery of previous Redskins covers is worth clicking through just for the headline "The Scalping Party Begins" above the cover featuring Vince Lombardi and Sonny Jurgensen. How many people would lose their jobs today over a cover like that? And you thought the team nickname was bad enough.