Robert Griffin III makes his regular season home debut as a member of the Washington Redskins on Sunday against the Cincinnati Bengals, and the dawn of the RGIII Era has apparently brought out two of DC's biggest personalities: Wizards point guard John Wall and rapper Wale. After the jump, check out Mr. Wall utilizing Instagram to capture the moment. 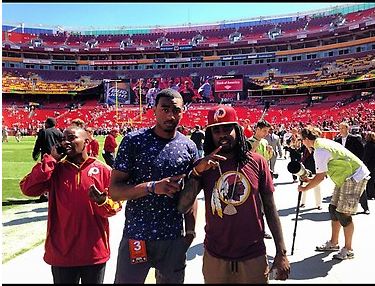 I must say, Wale sure seems to lead an enjoyable life. Half smokes with Bryce Harper at Ben's Chili Bowl, sideline at Redskins games with John Wall, heck I think he just needs to dial up Alex Ovechkin for some quality time to complete his DC Athletes Bingo Card.

For more on the Cincinnati Bengals, visit Cincy Jungle. For more on the Washington Redskins, visit Hogs Haven and SB Nation DC. Visit SB Nation's NFL hub for any and all of your football coverage and analysis needs.