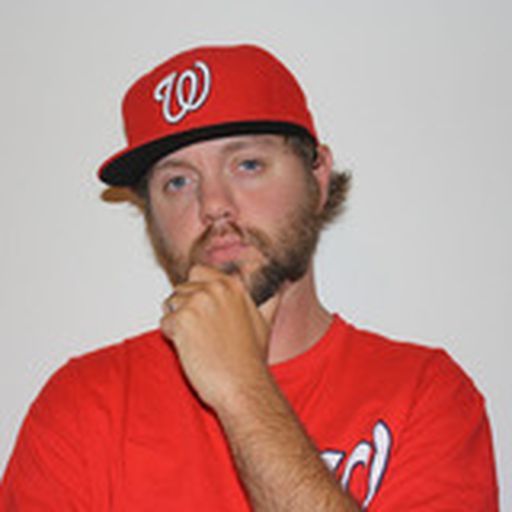 Drew Kinback is creator and head writer of The Nationals Inquisition. He has bled Nationals red since 2005 and imagines one day the team will be the death of him. He is originally from Springfield, VA and graduated from Radford University in 2003 with a degree in Journalism. He has had the honor of blogging from the Nationals Park press box, attending Nationals Spring Training for the past five years and he once almost got run over by a car driven by Wily Mo Pena.

Yes, the Nationals choked Friday night. But now's not the time for anger.

The Nationals' Most Valuable Piece Isn't On The Field

Washington Nationals manager Davey Johnson stands silently at the top of the dugout steps most games like a baseball Stonewall Jackson and amidst a tough and incredible early 2012 season, he is easily the team's most valuable asset.

Nationals Have A History Of Strange And Unusual Injuries

The 2012 Washington Nationals season has been plagued by injuries, but this is something Washington fans are used to as there have been some brutal and strange injuries to players in the organization's history.

The first meeting between the Washington Nationals and Philadelphia Phillies in 2012 is surrounded by gimmicks and glam, but underneath it is the idea that by weekend's end the tide of the NL East will be changed.

Plenty Of Intrigue In Nationals Bullpen

A cast of unique characters in the Washington Nationals bullpen has helped put the Nationals in the spotlight and has put the rest of the league on notice.

Adam LaRoche Is Carrying The Heart Of The Nationals' Order

There have been plenty of surprises in the young 2012 season, but none more than the performance of Nationals first baseman Adam LaRoche.

To Compete, Nationals Are Going To Have To Find Hits

The Washington Nationals are charged after a comeback Opening Day victory in Chicago and hopefully that charge electrifies their bats to do something called "hitting."

Nationals Won't Start Season As Powerhouse, But They Might End It That Way

As Spring Training fades into the regular season, the Washington Nationals will not start their 2012 campaign at full strength. But it isn't how you start the season, it is how you finish it.

The Washington Nationals are working towards possibly a historic 2012 season, but Spring Training injuries are putting a damper on the hopes and dreams of the "Season of the Nats."

Thoughts and observations from the SB Nation D.C. Nationals editor who is spending a couple days in Viera, FL to take in Washington Nationals Spring Training Camp.