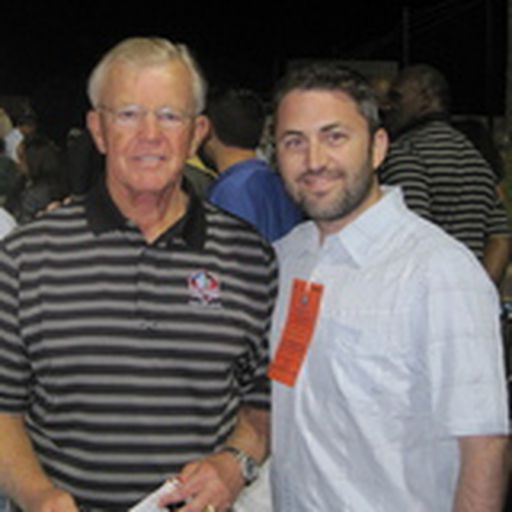 Ken Meringolo is a die-hard fan of all his hometown Washington teams, no matter how mediocre the season. His son's first words were, "At least we don't live in Cleveland." He is also the senior editor over at HogsHaven.com, SB Nation's Redskins blog.

Which players that once represented our beloved DC teams continue to remain favorites of ours?

What are the most memorable celebrations by DC sports figures over the years?

Where do you like to watch your favorite team play? Sports bars, basements, and even casinos rank as the best places to catch a game.

D.C. Rank and File - The Top Five Games Between Now and Thanksgiving

The home debut of John Wall is one of the Top 5 games between now and Thanksgiving for Washington fans. Which games rank higher?

In the short term, which players on the Washington Redskins should be considered the most "Irreplaceable"?

It's Dallas week, and it got us thinking: who are some of the all-time least favorite Dallas Cowboys players?

D.C. Rank and File: Who Is The Best Announcing Crew In Town

As ardent supporters we are of our favorite teams, we are equally passionate about our favorite announcers. In the DC area, these are the best we have to watch and listen to today.

D.C. Rank and File: D.C. Sports Rivalries That Are, Were or Should Be

Starting with the Ravens and Redskins, we look at potential rivalries for DC sports teams that are either ignored or lying dormant...for now.

Now that Dan Snyder has sat down for an interview with Hogs Haven, what other interviews from DC sports figures do we want to see take place?

D.C. Rank And File: Five Surprising Facts From The NFLPA

The NFLPA and the NFL will go head-to-head over the course of the next year. Here are just a few of the points made by the NFLPA in a recent sitdown with Ken Meringolo.