Share All sharing options for: PHOTO: Dwayne De Rosario Gets The Banner Treatment At RFK Stadium

What do you do if you're a local MLS team, your season (for which there is great optimism) opens Saturday night, and you've just signed the reigning league MVP to a long-term deal? Well, you put said reigning league MVP on a nice big banner that hangs over Gate A at RFK Stadium. This photo was snapped Tuesday afternoon by the Washington Post's own Soccer Insider, Steven Goff.

What you'll see this season as you head toward Gate A from Lot 5 or Lot 8 at RFK Stadium is after the jump. 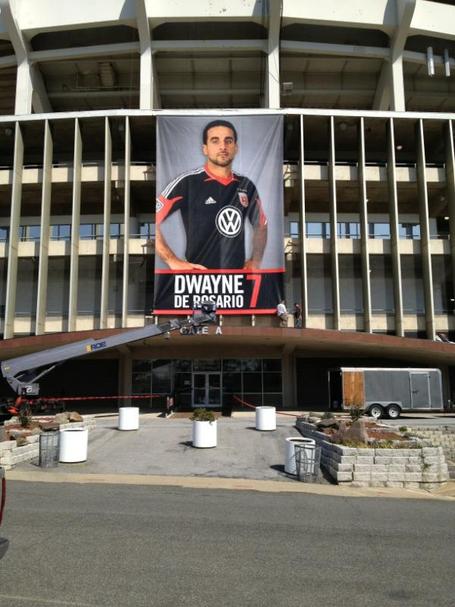