Major League Soccer has a weird way of telling the public about its MVP. For one, the league announced D.C. United's Dwayne De Rosario as the winner in an email sent out at 6:30 in the morning. For another, the award's sponsor, Volkswagon, bought a full-page ad in USA Today to announce the news on Friday morning.

It's safe to say no other league does it that way. Anyway, here's a photo of the full-page advertisement, via the team. 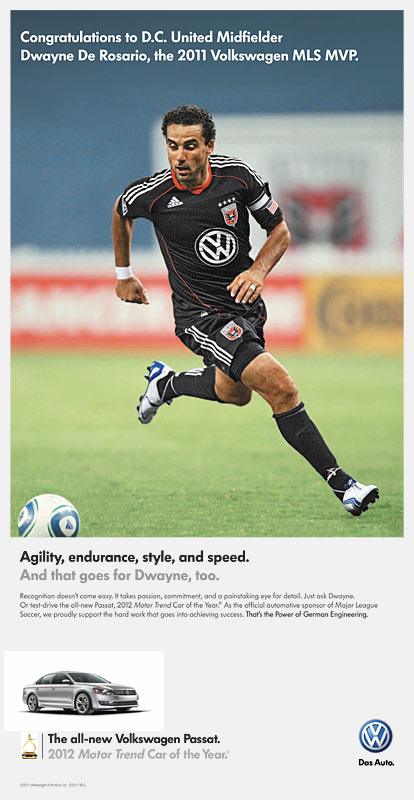