The best part? If you buy a ticket to Saturday's season opener against the Columbus Crew, you get this free limited-edition T-shirt, which is definitely something I'd wear if I was able to make it down there. Make the jump to see it. 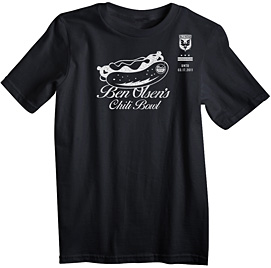