Now that George Mason has routed Virginia Commonwealth, arguably its biggest challenger in the CAA, on the Rams' home court, it's a good time to renew the obvious discussion that David Aldridge of TBD started the other day. Namely: is this year's George Mason team better than the 2006 edition that went all the way to the Final Four and changed the idea of the Mid Major forever?

We know for sure that they are different. As Ryan Kish wrote last week, this year's edition is deeper, more perimeter-oriented and more balanced than the 2006 edition. They lack a bit of the starpower, though Cam Long is certainly tremendous, but they make up for it in other ways. They're also much more colorful, as evidenced by the fact that they're not cutting their hair until their winning streak, now at 12, is snapped.

But how different are they really from the 2006 edition? To help you with that, we've created this handy chart that gives you everything you need to know when trying to compare the two teams. 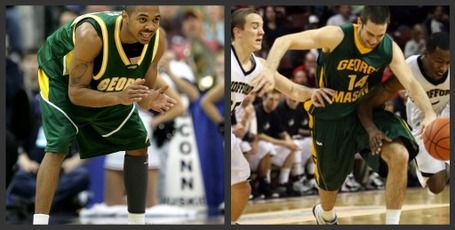 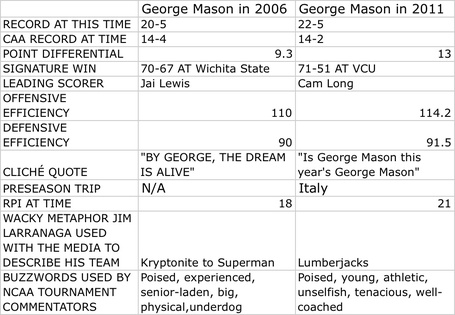 Here's hoping we covered all the bases with this one.