Share All sharing options for: Text Of Jim Larranaga's Pregame Speech Before George Mason Vs. Villanova 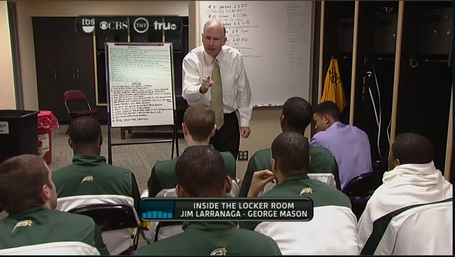 During a timeout, the TNT cameras showed George Mason coach Jim Larranaga giving a pregame pep talk to his team before its 2011 NCAA Tournament game against Villanova. Pure text won't do it justice, so we apologize, but here is what he told his team.

So far, it hasn't worked, as Villanova has controlled most of the game. But if there's one thing we know about George Mason, it's this: they can never be counted out. 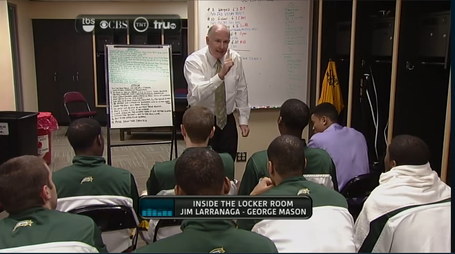 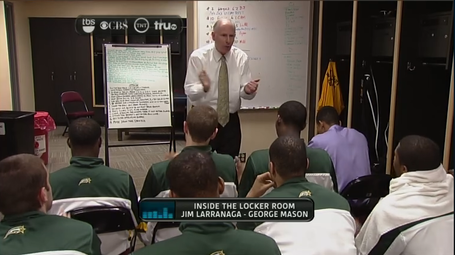