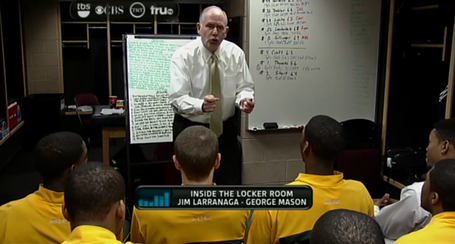 You liked Jim Larranaga's pregame speech before George Mason's win over Villanova in its first NCAA Tournament game, right? Larranaga cooked up something even better before his team's game against Ohio State, giving a pep talk that had me ready to take on the Buckeyes. Alas, it didn't work, but don't blame Larranaga's motivational skills on the Patriots' blowout loss.

Defeating the Buckeyes with Luke Hancock not in the lineup was probably Larranaga's tallest order yet, so he called on his best speech-making skills. The Patriots  responded early, beginning the game on an 11-2 run, surprising Ohio State. From that point on, the Buckeyes decided to stop missing shots, but it was fun while it lasted, right?

I won't lie: after hearing that, I'm ready to put a body on Jared Sullinger in the post and keep playing. He may bowl me over, but I'm going to keep coming back and fighting. Text of the speech (which certainly doesn't do it justice) below the jump.

And now this is your opportunity to make that dream a reality. Everybody pulling together, seeing it happen in your own mind before it ever happens. And you know how that dream ends? You're jumping for joy. You are happy and you've had more fun than you've ever had before. And I'm telling you the dream will not even compare to how you feel today at the end of this game. Get out there and make it happen. 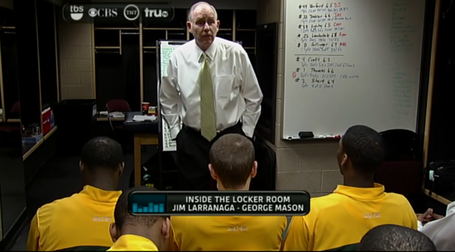 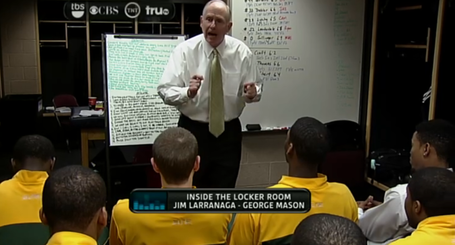 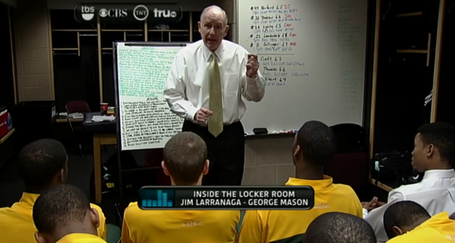