The vagaries of the college basketball schedule mean that every local team still has a chance to make the NCAA Tournament via a miracle run in their conference tournament. Every local team, that is, except for George Mason, who dug themselves a huge hole at the start of Sunday's CAA semifinals and just couldn't quite dig themselves out despite a furious rally. 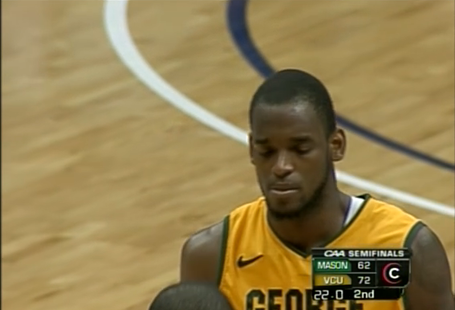 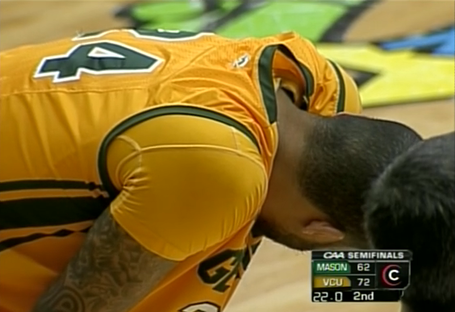 Yes, another season that had much promise ends with a defeat that not only halts George Mason's NCAA Tournament chances, but also leaves the Patriots' chances of qualifying for any tournament at all very much in the balance.

But it's not all bad, Mason fans. We'll always have Sherrod Wright's game-winning three from the first game against VCU back on Valentine's Day. And we'll always have Ryan Pearson's reaction to Wright's baseline dunk against Georgia State Saturday night. Won't we, Ryan?

Yup, we sure will.