As far as previews go, this one's late. After all, the idea of a preview is to give an view of the team before they start playing. Maryland, unfortunately, has already played two games, including what will probably be their most exciting contest of the year.

But two games out of a grand total of 30 (at a minimum) isn't a lot in the big scheme of things, and this is preview week on SB Nation D.C., so we're rolling one out anyway.

Now, there are two Holy Numbers in Maryland basketball lore: 3, for Juan Dixon, and 34, for Len Bias. Thirty-four is a bit long for preview purposes, but I can work with 3. Plus, it's never a bad time to honor Juan Dixon. So, why not read a bullet-point heavy preview for Maryland basketball centered around sets of 3 things? Have fun:

Greivis Vasquez, Eric Hayes, and Landon Milbourne were Maryland basketball for the past three years. Replacing three players that became synonymous with the team as a whole will be a tough job, but someone has to do it. 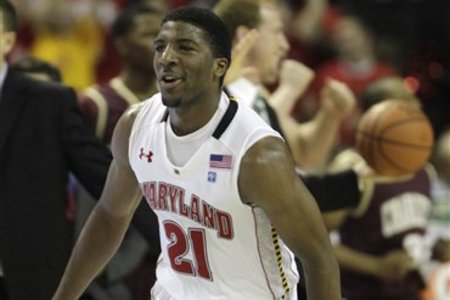 For the past three seasons, there have been no questions about who would play point guard for the Maryland Terrapins. But now Vasquez is in the NBA and Maryland has a hole to fill at the most important position on the floor. Pe'Shon Howard might've just filled it with his shot last night, but the jury's still out.

Pre-Charleston, Bowie had the starting job for the foreseeable future. Now, there's a sort of point guard controversy in College Park. Watch it closely.

The smart money is on Maryland being a bubble team this year. One of deciding factors is always out-of-conference wins, which Maryland should know well by now after their win over Michigan State got them a tourney spot two years ago. With a relatively difficult OOC slate, the Terrapins should have more than a few chances at it. The three best shots: 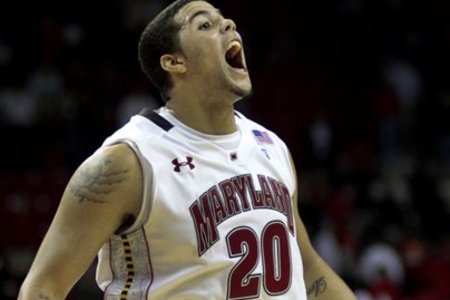 We've been through two games and know pretty well what's good and what's not. The good side is very good...

...and the bad side is pretty bad.