Greivis Vasquez Will Be Attending The Maryland Duke Game Tonight

Share All sharing options for: Greivis Vasquez Will Be Attending The Maryland Duke Game Tonight

Greivis Vasquez always had a talent for pissing off opposing fans in the ACC. It's one of his best traits. Along with his energy, work ethic, vision, and shooting prowess. And all that other good stuff that helped him get drafted in the first round of the NBA draft last year.

If the Terrapins need any help pissing off the Cameron Crazies tonight, Vasquez could be their man. Unfortunately, he won't be able to help on the court.

Vasquez will be in attendance tonight, and according to his Twitter account, he'll be wearing this shirt. 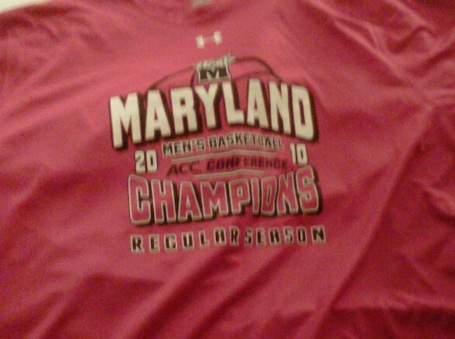 Actually, we'd much rather have Vasquez just put on the ol' No. 21 jersey and try to sneak onto the floor.