It's currently snowing in College Park as Maryland football prepares to take on Boston College at Byrd Stadium. Yes, we know it's October 29. Seems kind of early for snow, but what are you going to do?

That means bad news for the Byrd Stadium field. While it does not look as white as some other ones across the country, you can bet the elements will be a major issue for this game. Here's evidence, via Patrick Stevens of the Washington Times. 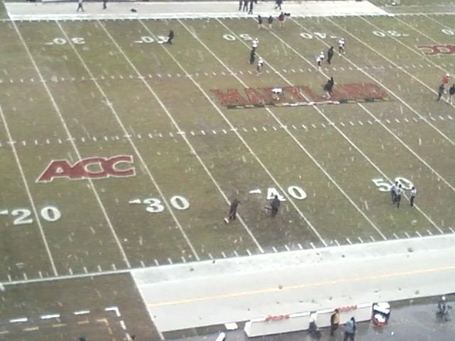 It's going to get a whole lot worse from there. Combine two bad teams with the conditions and the lack of fans attending, and this may be one of the more forgettable local sporting events of the year. Hate to say it, but it's hard to deny this.