Share All sharing options for: PHOTO: James Franklin Recruits In A Helicopter

By now, James Franklin is known as the coach of Vanderbilt, and not the longtime coach-in waiting at Maryland. But because the Terps continue to struggle, and because this story is so ridiculous, here's something on how Franklin is recruiting for Vanderbilt in a helicopter.

Franklin tweeted the photo (which you can find below the jump) a few days ago, but the Atlanta Journal-Constitution followed up with some quotes from local high-school coaches. Here's my favorite.

"It was crazy, this just helicopter comes out of nowhere in the dark sky," Walton offensive lineman Brandon Kublanow said. "Everybody at the game is watching the helicopter and not the game. It was supposed to land on the baseball field but it couldn’t because of the power lines. It circled a few times, found the practice field for football, and landed on it. Pretty crazy, but pretty cool."

Lane Kiffin apparently once did this, so it's not completely unprecedented, but ... man. Just think, Terps fans: this could have been us. 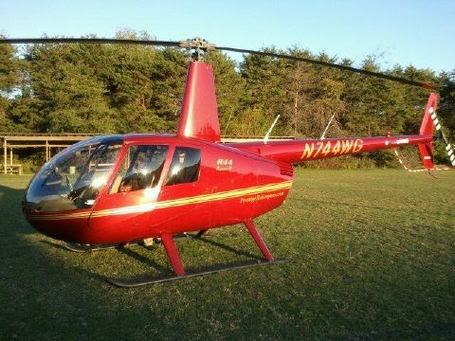