When Gary Williams elected to retire as Maryland basketball's head coach, many noted the curious timing of the announcement. It came very soon after his best player, Jordan Williams, elected to declare for the 2011 NBA Draft.

Well, Jordan Williams noted the curious timing too. In an interview with Liz Clarke of the Washington Post, Jordan Williams admitted the thought crossed his mind, but he was still "shocked" by Gary Williams' decision.

"It'll pop into my mind; I wonder why he did it the day after I signed with an agent," Jordan Williams conceded in a telephone interview. "But I don't think one player could affect 22 years of work. I'm sure he put a lot of time and effort into his decision and did it for all the right reasons."

Speaking of Jordan Williams, you're probably wondering how his draft preparation is going. He told Clarke he is working with Impact Basketball in Las Vegas and has cut his body fat down from 13.8 to 8.9 percent. Don't believe him. Just look at this picture from ESPN's Chad Ford. 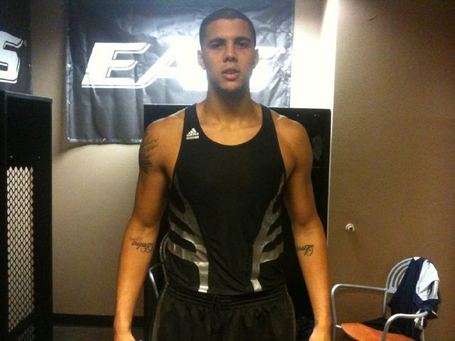