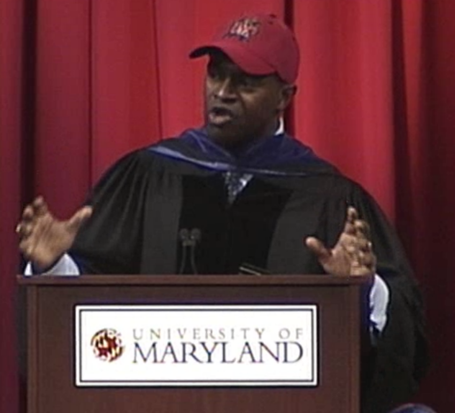 NFL Players Association head DeMaurice Smith gave the keynote address at Maryland's graduation Thursday, and he closed by playing Rock and Roll Part II and imploring graduates to tell people who attempt to tell them not to be passionate about something that they "suck." Sadly, there is no embeddable video of this yet, so you'll just have to fast-forward to the 2:02 mark of this very long video of the entire ceremony.

The whole thing was incredibly awkward. The music wasn't playing very loud and it came out of nowhere, so nobody clapped along and nobody responded to Smith's rhetorical question. There's also the whole thing about how a keynote speaker is telling graduates to tell people that they suck. It was one of those things that sounded way cooler in theory than in reality.

A full transcript below the jump:

SMITH: "If that wasn't cool enough, I sat my daughter on my knee, and the band started playing this song. We know it as Rock and Roll Part II. It went on and it went on, and the fans started to stand up. They started to cheer. And then they got to that part of the song where everybody is feeling tremendous, and I had to explain to my little daughter, 'Why are they saying You Suck.' And I said, 'Baby, it's because they love.'"

(Editor's Note: That's the best BS you could come up with, De?).

So today, with the profound respect of what today is, for one last time, I believe it's important for every student to sit back ...

(A few scattered claps occur. Most people, though, look like this) 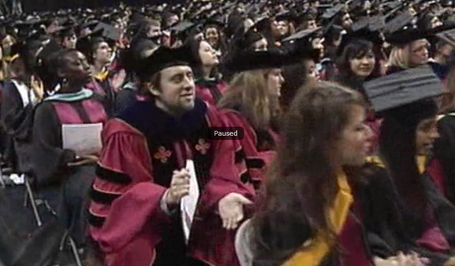 SMITH: Believe! You gotta believe! Get going! If people believe that you can't win, the Class of 2011 needs to say to them, 'You What?'

For anybody who thinks for one minute that passion is something that is cheap and futile, have two words for them. (lowers voice, pauses). You suck.

(Smith then held this pose for three seconds as the music stopped. Nice effort, but that probably could have gone better). 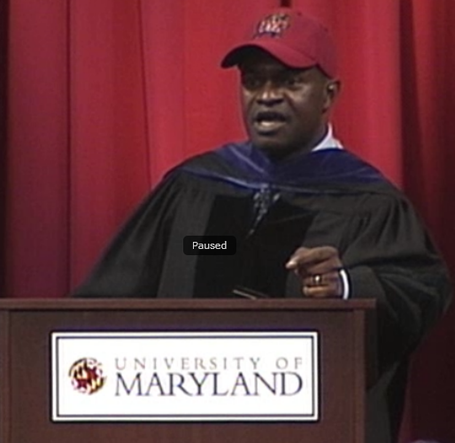