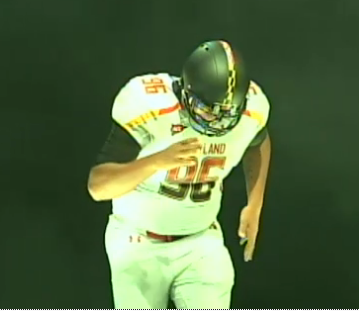 Football players tend to spend very little time walking down a runway modeling clothing, because, well, they're football players. That's what made the unveiling of the new Maryland football uniforms particularly entertaining. Not only did we see the new look of Maryland on display, but we also saw Maryland players do some really goofy things.

Like defensive tackle A.J. Francis, for example. As you can see in this screenshot, Francis is doing the Ric Flair strut. He bragged about it afterwards too.

For all those that missed it, I did the Ric Flair strut down the catwalk... Had to hit um with a "Wooooooo" at the end tooless than a minute ago via Echofon

Here are some of our other favorite celebrations. 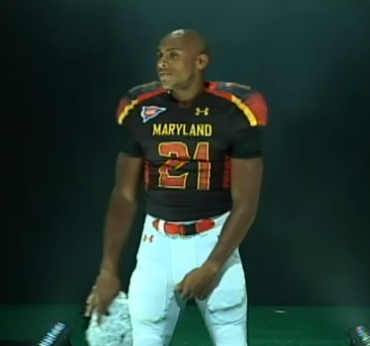 There's Trenton Hughes, giving a death stare of sorts after his turn on the runway. Not chill, bro. 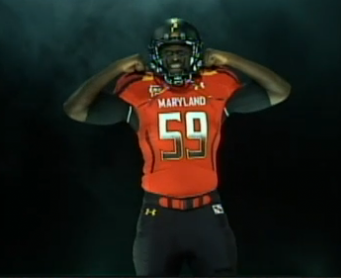 I have to admit: I'm a little scared of David Mackel now. 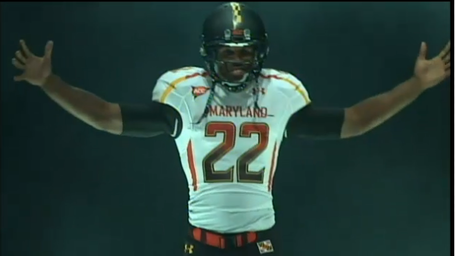 Cameron Chism was the first of many Terps players to resort to the cliche "Get your hands up!" tactic. 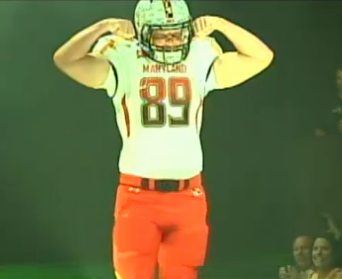 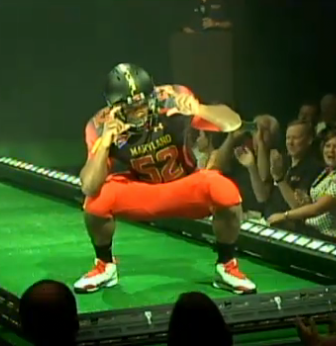 No, no, Darrin Drakeford, they're supposed to take pictures of you! You're doing it all wrong. 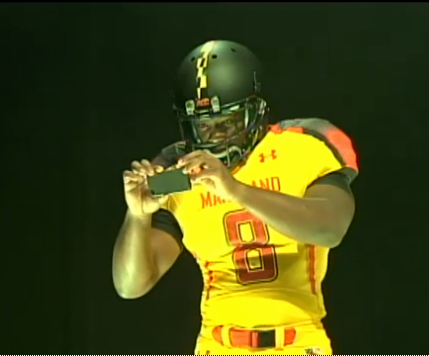 You too, Davin Meggett. You're doing it wrong. 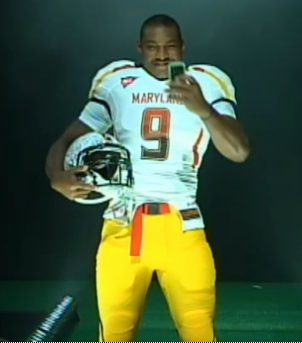