Share All sharing options for: PHOTOS: Maryland's New Home And Away Football Uniforms

Maryland football held its media day Monday, which means that the run-up to their season opener September 1 against William & Mary has officially begun. And you know what that means ... uniform talk!

Randy Edsall, over to you.

#Terps names WILL be on the back of their uniforms this season. At least the two new ones introduced today.

That's right, two new Maryland uniforms were unveiled Monday, because clearly there wasn't enough variety already. The uniforms are after the jump (via @WNST), and they're actually quite nice-looking. 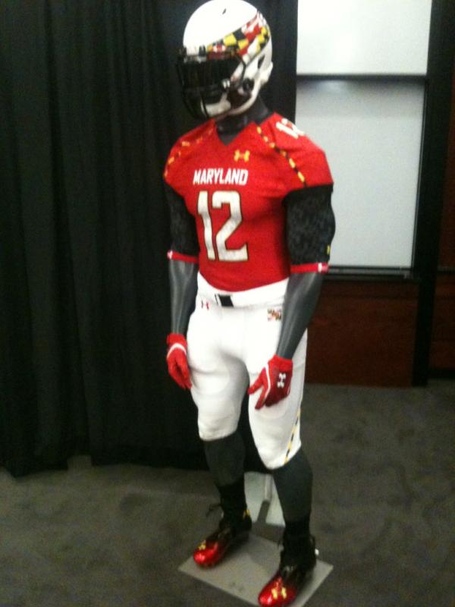 And here's the away jersey 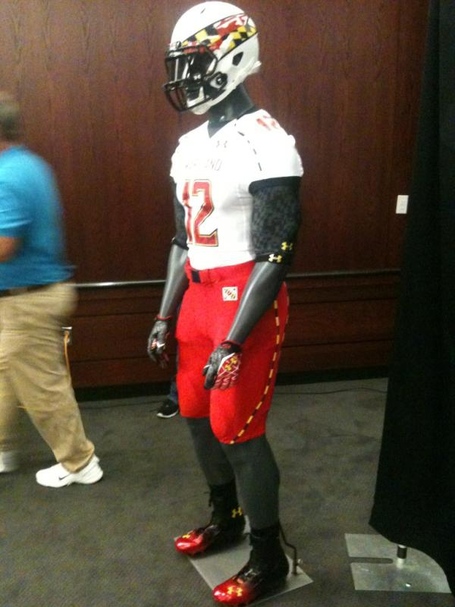 See what we mean? We like the red and white, as well as the streamlined state flag look on the helmets. But who are we kidding? This season isn't about the uniforms. It's about two little numbers: specifically, the numbers 2 and 10, and whether the Terps can improve on either.

UPDATE: Our own Brendan Darr has informed us that names will only be on these jerseys and not on either the Maryland Pride jerseys which famously made their debut against Miami last year or the black and yellow numbers.