PHOTO: Matt Hendricks Has One Heck Of A Hockey Face

Share All sharing options for: PHOTO: Matt Hendricks Has One Heck Of A Hockey Face 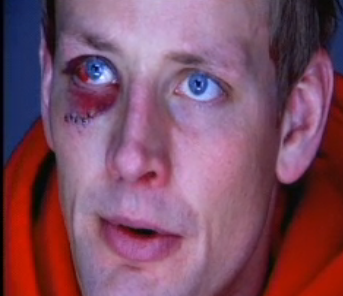 There aren't too many enforcers on the Washington Capitals' roster, but here's the face of one: Matt Hendricks. In case there was any doubt about whether Hendricks' fighting takes it's toll, that picture should eradicate it. Wow.

Anyway, during this week's episode of HBO 24/7 (recapped here), he had a conversation with Bruce Boudreau about his fighting. Boudreau basically told him to tone it down a bit, suggesting that he doesn't need to fight every single game. Here's what Hendricks said about that:

It comes down to having a job and making a career. I think it all started last year when I went into training camp. The season before, I had a really good camp, had some goals and was still sent down to the minors....I needed a way to make the opening night roster. Talking to a good friend, he said 'You gotta fight. If you don't, someone else will.' I kind of stick by that motto now.

Based on that face, maybe Boudreau is right about Hendricks. That face is tough to look at, even if it's the face of a guy who is tougher than I could ever imagine.

This stands in stark contrast to Alex Ovechkin, who of course fought for the first time against the Rangers. Boudreau's encouragement to Ovechkin? Fighting is not a way to make a living, unless you have to do so. That must make Matt Hendricks feel AWESOME. 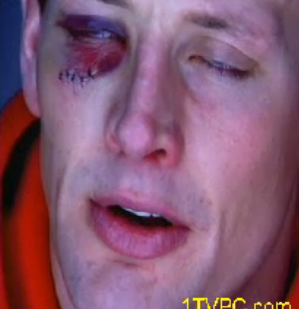