Share All sharing options for: Capitals-Penguins 24/7: Mike Green Rides A Vespa To Practice 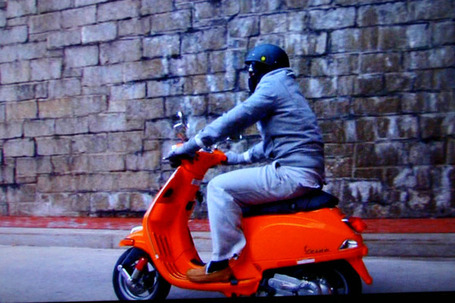 We think of Mike Green as the kind of counterculture tough guy that don't take nothing from nobody. That explains our fascination with his faux hawk and our questions about his lifestyle. So it's not a surprise that he rides a motorcycle to Capitals practice.

Wait a minute! That's not a motorcycle, that's a vespa! Yes, a vespa, otherwise known as a motorized scooter that Green just cruised around in on his way to Kettler IcePlex during this week's episode of HBO 24/7. The scooter can go pretty fast, but based on the shots in the episode, it looks like he's going pretty slowly. I'm ... I'm kind of let down.

Then again, the thought of Mike Green cruising around Washington D.C. in a motorized scooter is kind of cool. Maybe a different "cool," but "cool" nonetheless. I mean, who rides a vespa? Honestly.

(via Greg Wyshynski. More blurrier screenshots from my computer below the jump). 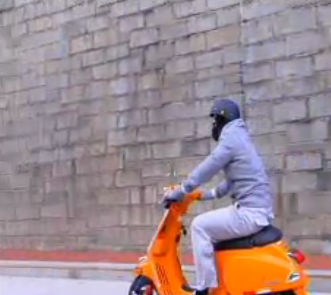 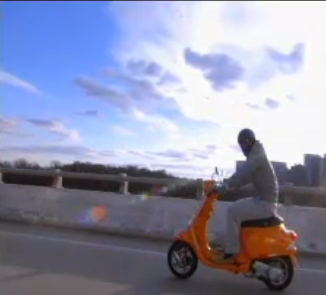