UPDATE: Better video and screenshots below the jump, via Greg Wyshynski

On Wednesday's episode of HBO's "24/7," the Capitals snapped their eight-game losing streak with a 3-2 victory over the Ottawa Senators. It's no surprise that the team would celebrate like they had won a championship, but what was surprising was their victory music of choice.

The narrator mentioned that the Capitals' victory anthem played for the first time in ages. All of a sudden, the locker room turned into the inside of a club in Seaside Heights, New Jersey. The song in question is "Beat Dat Beat" by DJ Pauly D, a cast member on MTV's "Jersey Shore." Excuse me for being flip, but it is equally parts weird and awesome that a team consisting of mostly Russians and Canadians can appreciate a good fist pump.

Perhaps Brooks Laich can make a cameo at the club during the season premiere of "Jersey Shore" next month. 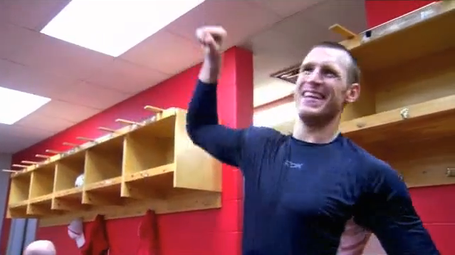 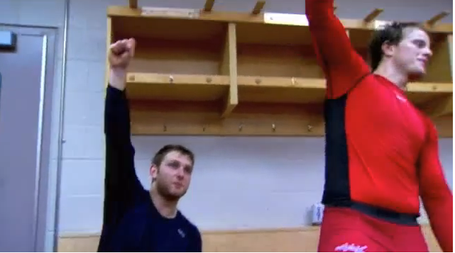