Karl Alzner Has Some Fun With Jay Beagle On Twitter

Jay Beagle continues to recover from getting knocked out by Arron Asham in a fight against the Pittsburgh Penguins earlier this month. That didn't stop teammate Karl Alzner from messing with him on Twitter, saying Beagle has taken inspiration from some popular animated films. In Beagle's defense, you could do far worse than quoting Kung Fu Panda or The Lion King if he indeed was doing that. 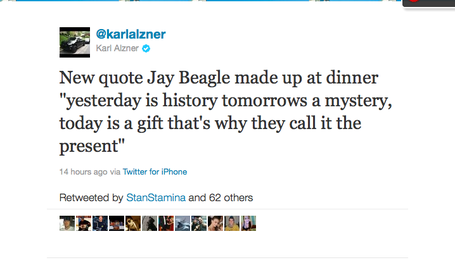 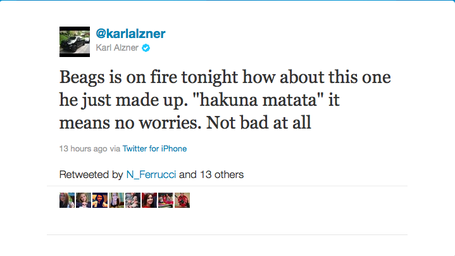 (In case you were confused, Alzner was joking about Beagle "making up" the references)