It remains to be seen if the Washington Capitals' 4-3 win over the Phoenix Coyotes spurs the team to great things or merely puts off the roster deconstruction. If it's the former, though, we may have a higher power to thank. That higher power comes in the form of a red balloon that dropped on the ice with the Capitals trailing, 2-1.

We're still not sure how that balloon made it to the ice, but we know it had an effect. Cody Eakin, a redhead himself, scored soon thereafter, and the comeback was on. Eventually, #RallyBalloon trended on Twitter, and there was at least one parody Twitter account created. After the game, Russian Machine Never Breaks made T-shirts, and the meme had officially exploded. 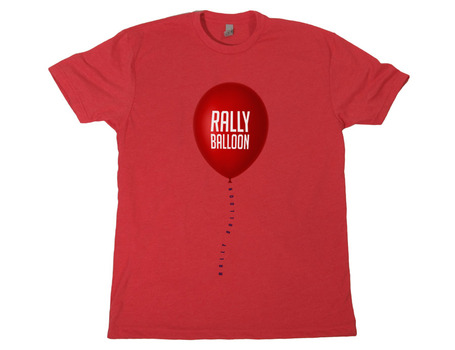 With the Capitals in the kind of rut they were in recently, they certainly needed something to spur them on. If it has to come in the form of a red balloon, so be it.