The fact that this is classified as a "vintage" Alex Ovechkin goal tells you everything you need to know about how his season has gone this year. At this point, Ovie should have way more than 22 goals on the year, and the Capitals should be doing their usual high-scoring thing. Still, given the struggles the team has had, especially recently, a spark provided by a typical Ovie highlight is really good news.

This came early in the first period, when the Capitals were trailing the Ducks 1-0. Nicklas Backstrom fired a bullet two-line pass to Ovechkin in stride, and Ovie did the rest. He probably could have avoided falling down, because the defender only gave him a little nudge, but we'll accept the extra theater. Six goals (three by Alexander Semin) later, the Caps had a very 2010-esque 7-6 win.

Maybe this means that Ovie isn't actually a little out of shape after all. Additional screenshots below the jump. 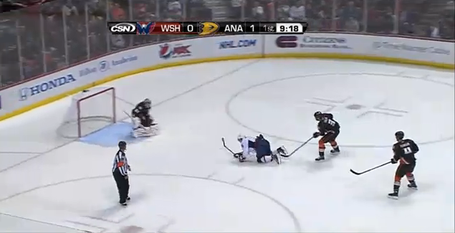 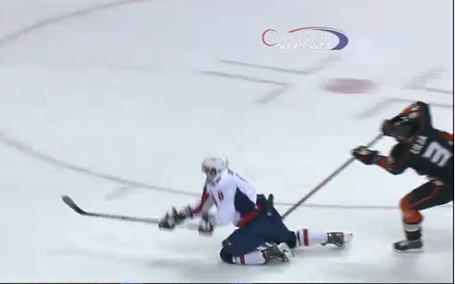 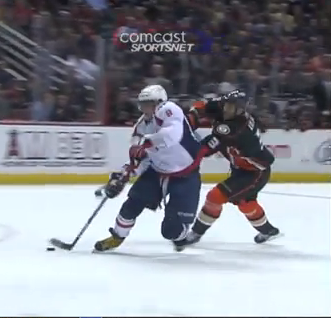