The Washington Capitals had plenty of chances to score before they did in the final minute of their 2-1 win over the New York Islanders on Tuesday night. Everyone was anxious for the Capitals to actually put one in the back of the net. Including, as it were, the Capitals' horn sounder.

If you fast forward to the 3:21 mark of that video, you'll see what I mean. Alexander Semin came barging in off a rebound and had a point-blank shot at the goal. It ended up being saved, but nobody realized it because ... the horn ended up sounding. Capitals fans went crazy thinking their team had tied the game, only to later find out a few seconds later that they hadn't.

Even so, I can't blame the horn operator one bit. He hadn't been able to sound his horn for over two weeks, since the Capitals' last home goal came way back on February 12 against the Kings. Given those circumstances, anyone would be a little overanxious. 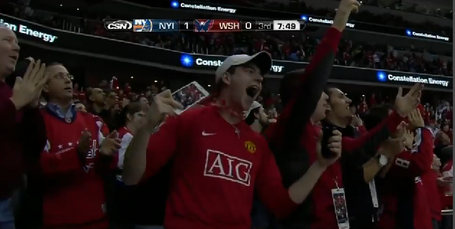 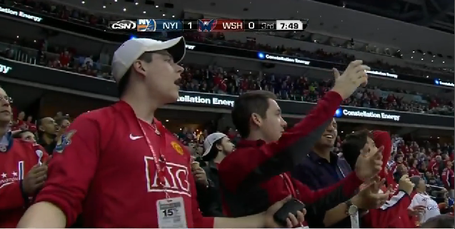