VIDEO: Rangers Fans Chant 'Can You Hear Us' At Bruce Boudreau

Share All sharing options for: VIDEO: Rangers Fans Chant 'Can You Hear Us' At Bruce Boudreau

Well played, Madison Square Garden crowd. Glad to see that you are finally making yourself heard in what you would call the world's best arena. All it took was Bruce Boudreau firing you up to make it happen. About time.

Anyway, after the Capitals defeated the Rangers, 4-3, in a stunning comeback in Game 4 of their first-round 2011 NHL Playoffs series, Boudreau admitted he probably shouldn't have said what he said. Via Dan Steinberg:

"Yeah, listen, I might have made a mistake by saying what I said," Boudreau said after the Caps completed an out-of-nowhere comeback to win in double overtime late Wednesday night. "Let's leave it at that. Let's let the players decide this and not worry about how I felt."

Ah, but see, Boudreau's Rex Ryan-like actions to call attention to himself actually did make a difference. Could the Capitals have rallied without Boudreau's words about MSG? Could the team have been inspired without them? (As you can probably tell, I'm being sarcastic).

In response to his brilliant psychological ploy, Boudreau celebrated like this. 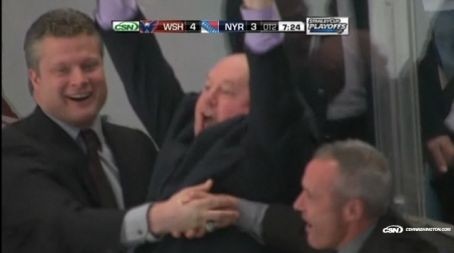 Which in turn caused John Tortorella to do this. 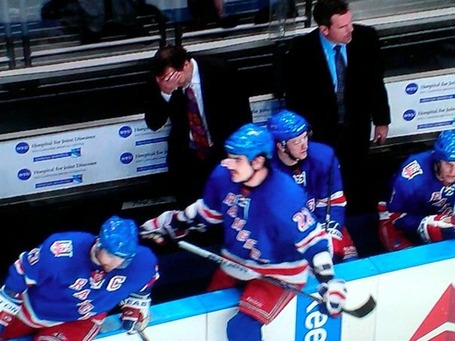