After another disappointing postseason, the Capitals should consider trading two of the "Young Guns" - Alexander Semin and Mike Green - and reloading with a new core of players.

Share All sharing options for: Why It's Time For Washington Capitals To Consider Trading Alexander Semin Or Mike Green

Entering the 2007-08 season, the Washington Capitals transitioned from a perennial cellar-dweller to an excitable, red-rocking offensive machine that has since had unparalleled success in the annals of franchise history. It is no coincidence that such success has coincided with the rise of the "Young Guns:" Alex Ovechkin, Nicklas Backstrom, Alexander Semin and Mike Green.

While these players' respective rises to prominence have propelled the Capitals to the top of the regular season standings in each of the last four years, the same cannot be said about the postseason. Quite frankly, the "Young Guns" have shot blanks in the postseason. None of them have been past the second round of the Stanley Cup Playoffs and that did not change after the Tampa Bay Lightning eliminated the Capitals in four games last week.

It has been suggested that the Capitals must make major changes in order to finally get over the speed bump that is the second round, one that they have not overcome in 13 years. It sounds drastic, but we think that perhaps dismantling the Capitals' young corps is the best solution. Since Ovechkin and Backstrom are under contract until at least 2020, it will be either Semin or Green who must go in order for Washington to get better. 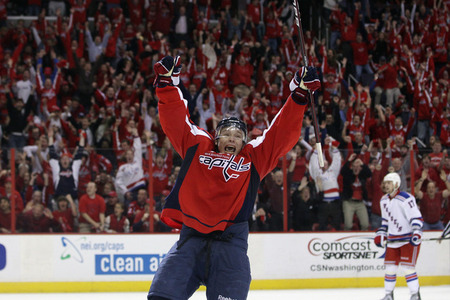 Semin, for as much talent as he possesses, is incredibly inconsistent and subject to complacency. Semin has missed an average of 16 games over the last four seasons and his production has wavered because of it. A career-best 40 goals and 44 assists in 2009-10 gave way to a 28-goal, 26-assist output this season. In fact, this past season alone was a microcosm of Semin's entire career. After a torrid start to the season that saw him score 18 goals in October and November, Semin went on a two-month scoring drought and did not score at all in December and January. Semin did not break through until a hat trick in a win over the Anaheim Ducks on February 16 and scored only seven more times in the regular season. Coincidentally, Semin's drastic drop in production began when the Caps signed him to a one-year, $6.7 million extension in January. Before his extension, Semin had 18 goals and 17 assists. After, he had 10 goals and nine assists.

Despite his struggles during the regular season, it looked like Semin finally found his game just in time for the playoffs. He scored three goals against the New York Rangers in the Caps' five-game series win, but as he is prone to do, Semin disappeared against the Lightning and only earned two points (one goal, one assist) as Tampa Bay swept Washington. After a 14-point postseason in 2008-09, Semin has just eight combined points in the last two playoff runs, numbers that are unacceptable for a player looked upon to produce at a high level constantly.

Semin's large contract, his impending free agency next summer and his work ethic will make him tough to move. Yet, Semin can garner interest from a team searching for an offensive boost. His reserved, almost aloof personality is not what the Caps need in the locker room. They need someone more vocal and motivated who doesn't disappear at the most important times of the season. Semin can be a 40-goal scorer every season, but getting him to try is the key. 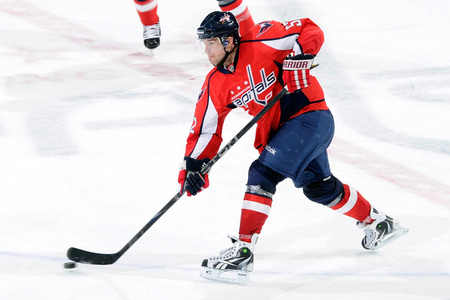 The case for trading Green, however, is more complicated. In a season marred with head injuries, Green only appeared in 49 games and his production dropped off. Yet, Green became a much steadier defenseman on the defensive side of the puck and did not rely on his offensive talent alone, which might have factored into him not winning the Norris Trophy in 2009-10.

In the same vein as Semyon Varlamov, Green's injuries allowed other players to establish themselves in his spot. In his first full season, John Carlson became a solid, two-way defender, and the team trusted him to take Green's place in the lineup during his absence. Carlson became one of the Caps' best puck movers and saw time on the power play. The Caps also have Dennis Wideman returning next season and he should be fully recovered from the leg hematoma that kept him out for the end of the regular season and entire playoff run. Finally, Dmitry Orlov, who some expect to challenge for a spot on the Caps' roster next season, is waiting in the wings.

Green has plenty of upside and that is exactly why trading him might help the Caps in the long run. The Caps have $51 million dedicated to 18 players next season, and the logjam that is Washington's defensive corps is getting worse. Green's cap hit is $5.3 million, money that can be used towards retaining younger defenders like Karl Alzner or gritty forwards like Brooks Laich.

On the flip side, much like Semin, Green has not stepped up in the playoffs when the team needs his talent the most. He has five goals in 36 career playoffs game and his valiant effort to return from injury this postseason (one goal, five assists in eight games) was not enough. Despite that, Green is a 25-year-old Norris Trophy-caliber defenseman in his prime, and plenty of teams would give the Caps valuable assets in exchange for his services.

Semin and Green's individual accomplishments and accolades are indisputable, but they have not propelled the Caps to where they are capable of going. In reality, the "Young Guns" are not really young anymore. Roster turnover is inevitable, and while it may seem that losing Semin or Green would hold the Caps back, getting fresh faces in the mix is integral to long-term success. These two "Young Guns" have not helped and it's time for the Caps to reload.