With all the bad blood between the Capitals and Bruins in this year's NHL playoff series, it's nice to see that some of the Bostonian visitors were able to get out and enjoy themselves in our fair city.

Young Tyler Seguin enjoyed his lunch on the waterfront Tuesday afternoon until this happened.

Getting lunch at the harbor in Washington and a bird just pooped on me and my phone. Good sign.

That's kind of gross, Tyler, not that there's anything wrong with that.

A few of the other Bruins did the conventional D.C. thing--taking in some monuments, etc. And then you have Zdeno Chara and Andrew Ference's visit to the Titanic exhibit at the National Geographic Museum.

Photos like these have been showing up in our Facebook feed since the exhibit opened. But not many have shown up now that the 100th anniversary of the ship's sinking have come and gone, and certainly not many of them have featured a 6' 9" Slovakian hockey player. 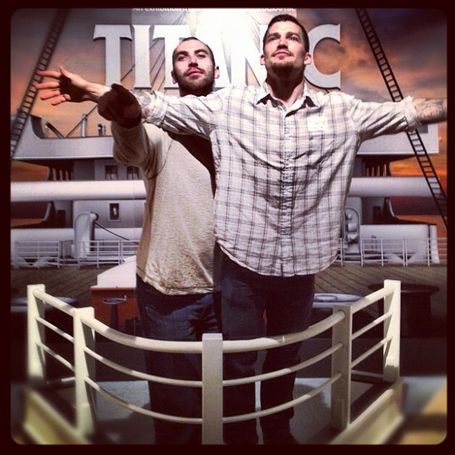