The Washington Capitals and New York Rangers played a classic game 7 Saturday night, with the Rangers scratching out a hard-fought 2-1 victory to move on to the Eastern Conference Finals.

Rather than go back over the game in their recap over at Japers' Rink, they thought a picture of what the coming weeks have in store would do much better. 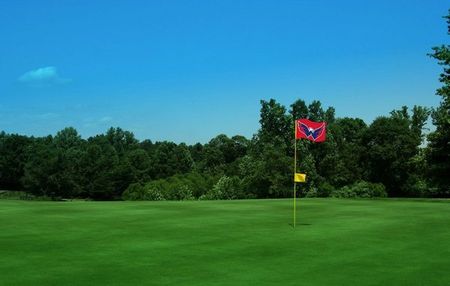 As for the Rangers, they now must prepare for a showdown with the New Jersey Devils. The writers over at Blueshirt Banter had this reflection of the playoff run so far in their post-game notes.

The resiliency of this team is remarkable. It really is. Two Game 7's, a miracle Game 5 that was only possible based on this team's refusal to quit and 14 insane playoff games that have put us through the emotional roller coaster I mentioned above. I've been saying this since the start of the playoffs, you don't win the Stanley Cup you earn it. The Rangers are well on their way to earning this thing. They're winning the big games, stepping up when they need to and continuing to simply get the job done.

The Rangers are now just eight wins away from their first Stanley Cup since 1994.

For more news and analysis on the Caps, visit Japers' Rink. For news and info from a Rangers perspective during the series, visit Blueshirt Banter. And for all your news on the NHL Playoffs, check out SB Nation's NHL hub.