PHOTO: Karl Alzner Puts Bow Ties On His Dogs. Yup, It's The Offseason

Share All sharing options for: PHOTO: Karl Alzner Puts Bow Ties On His Dogs. Yup, It's The Offseason

Memorial Day weekend is here, and it is full of possibilities. Some will head for the beach, others for the mountains. If you're Alexander Ovechkin and you've just helped your country to a gold medal at the IIHF World Championships, then you hit up Paris to watch your tennis star girlfriend compete in the French Open at Roland Garros.

But don't take our word for it. Take it from the man himself, who tweeted for the first time since March 9 to spread the word.

The Maria he's referring to is Maria Kirilenko, the 16th seed in the women's singles tournament, who opens against France's Victoria Larrierre.

So, that's all very nice and good. But who needs Paris when you can put bow ties on your dogs? That's what Karl Alzner did. 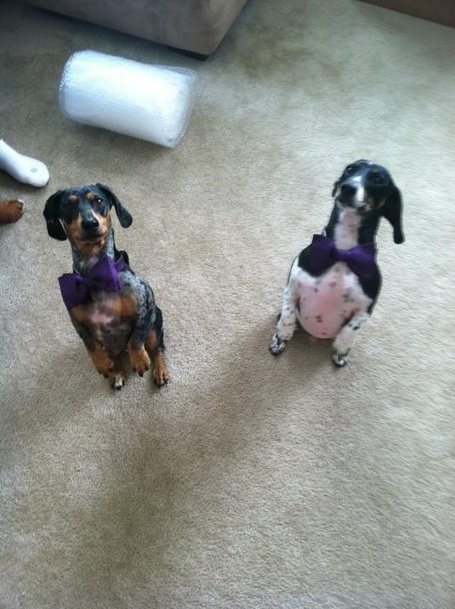 Between us, Karl might have a little too much time on his hands.