Stan Kasten's Departure Hurts The Nationals, Both On And Off The Field

Stan Kasten takes a lot of heat from NatsTown, but make no mistake: him leaving the Nationals makes the organization worse off in many different ways.

Share All sharing options for: Stan Kasten's Departure Hurts The Nationals, Both On And Off The Field

Tom Boswell's column in today's Washington Post revealed something that's been hinted at occasionally: Stan Kasten may be leaving the Nats.

I can hear you know. "Good Riddance!" Or "Go back to Philly or Atlanta, you snake-oil salesman!" Hey, I might've even yelled one or two of those myself. There's a lot to dislike about him, especially now that Jim Bowden's departure has left him as the team's Carnival-Barker-in-Chief.

But that's also sorta missing the point. The opening day Philly invasion was a tone-deaf act ... borderline unforgivable. But the question isn't about that. It's whether or not the Nats would be better off without him.

The answer, if you detach yourself from the opening day-fueled rage, is that they'd definitely be worse off, especially if Boswell's account of his actions -- and moderating influence -- are correct. 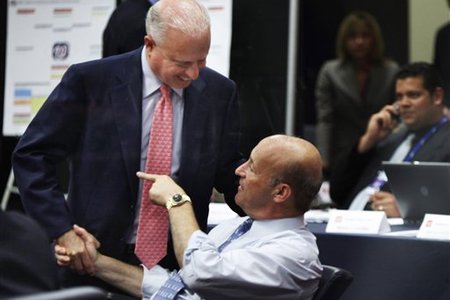 Stan Kasten appears to have been a bit of a check against the Lerners penny, dime, and Sacajawea coin-pinching ways.  Boswell's article hints that Kasten has privately encouraged the team to spend more, while making public statements to defend their actions -- sometimes taking the heat for them.

First, Kasten's comments on what the team should do:

"This is the time to act," he said this week. "We are close. This is how it felt in Atlanta just before we turned it around. Once you've laid the groundwork and improved the farm system, you need to add some pieces. That's where we are now."

And Boswell hints that Kasten has had similar feelings in the past:

At the core of Kasten's frustration is the Nats' inability to "brand" the franchise during a unique window with a new ballpark on tap ...

"The Twins did it the right way in their new park this year," one Nats insider said. "They raised payroll [from $65 million in '09 to $98 million] to make sure they put a good team on the field their first season. That's what Stan recommended. It didn't happen."
Instead, the Nats moved to Nationals Park with a payroll $9 million less than what it was in 2006, when MLB ran the team.

One of the other objections many have with Kasten (sometimes me, too) is how he doesn't really give a rat's sweet patoot about hardcore baseball fans. He's aiming his efforts at the casual fan -- the family that comes twice a year or the college bros who just want a place to drink and stare at chicks. Real fans, dressed head to butt to toe in team garb don't matter; they'll come no matter what. They're the suckers -- or so it seems that way under Kasten.

But part of that is Kasten being hyper-responsive to fans, and ensuring that everyone -- no matter how many pieces of flair they're wearing -- is taken care of. You call or write, he responds. Usually with a scary signature ("STAN"), which makes it seem like he's all business. 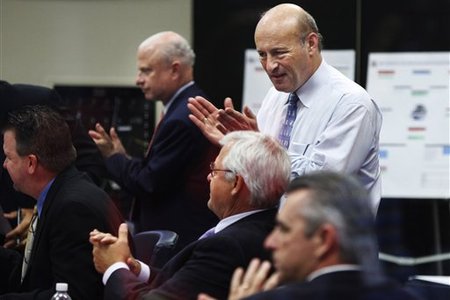 Over these last few years, the Nats have been a trainwreck on and off the field. Stan Kasten deserves some of the blame for that.  But it's not hard to envision a  scenario that's much worse without him.