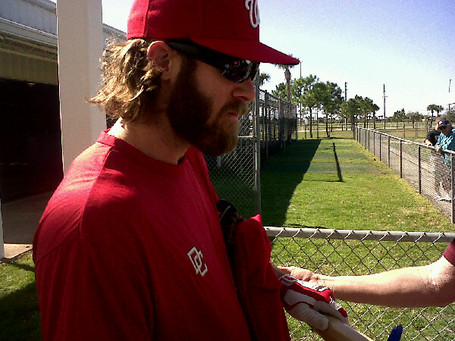 When Jayson Werth was introduced as a member of the Washington Nationals, he did so without his patented beard. This was a shocker to many involved. Luckily, as Spring Training gets underway, the beard has made its return.

Here is Werth, pictured today in Viera, Florida at the first day of Nationals Spring Training. Position players aren't scheduled to report until next week, but apparently Werth's beard needed to grace the team's presence before then. Already, one player has noticed the change. Shortstop Ian Desmond, who also is at Spring Training early, decided to engage Werth on his new beard. Via Adam Kilgore of the Washington Post:

Ian Desmond to Jayson Werth: "Your beard is strong." Werth: "Strong to quite strong, actually."

(photo via Bill Ladson. Werth's look compared to his facial hair at his introductory press conference below the jump). 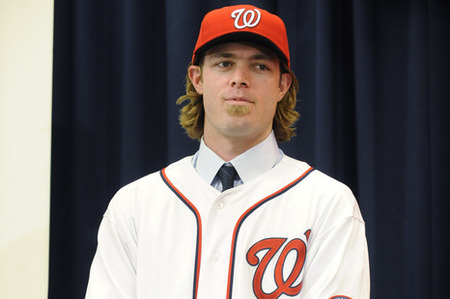