Washington Nationals' 2011 Season Matters, Even If They Won't Be Good

With Stephen Strasburg sidelined, the 2011 Nationals won't be good or full of star power. But if you are interested in where this team is headed, 2011 is a huge year for a number of key youngsters.

Share All sharing options for: Washington Nationals' 2011 Season Matters, Even If They Won't Be Good

By this token, the 2011 Washington Nationals are very unlikely to have a successful season. One could argue that there is even less talent on the roster than it was last season, with the injury to phenom pitcher Stephen Strasburg and the departure of Adam Dunn in the middle of the lineup. At the very least, they are unlikely to be much better, and while there's been a nicer buzz at Spring Training, given the strength of the NL East, that's unlikely to result in much this season. In a town that -- let's be honest -- is as fickle as it is with its support, and with a fanbase that's experienced so much losing for six straight season, it's easy to think this means the 2011 season doesn't really matter.

But that's what makes the 2011 Nationals so unique. Even with Strasburg sidelined and Bryce Harper still not ready to be in the Majors, this is an important year for the franchise. Thomas Boswell of the Washington Post described the Nationals as a team "caught between its present and its future." That's an odd way of phrasing it, but it's also on point. What Boswell really means is that 2011 will be known as the Year of Player Development.

Forget Strasburg and Harper for this year, because this year isn't as instructive for either of them. Strasburg is rehabbing, and Harper is too young. No, 2011 is the year where we figure out whether some of these other youngsters can be a part of this franchise in the long term. The Nationals will enter 2011 with many regulars that are being counted on in some capacity in the team's future, but have either yet to receive enough of a chance to prove it or have to make the most of their chance. The success of 2011 will be determined not by wins and losses, but by the development of these players. 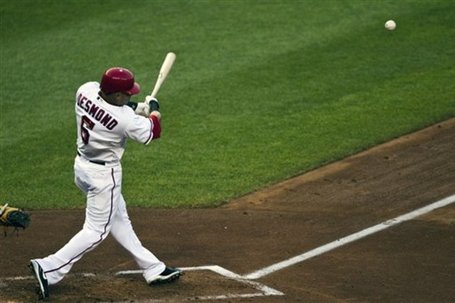 Specifically, we're talking about the following players: Ian Desmond, Danny Espinosa, Wilson Ramos, Michael Morse, Jordan Zimmermann and Drew Storen. Baseball's not really a sport about "supporting casts" as much as it is a sport where you want as much top-to-bottom talent as possible, but in a way, these six players are the six most likely candidates to make up the "supporting cast" of the mythical Strasburg-Zimmerman-Werth-Harper era.

But to get there, each player has questions they must answer with their play in 2011. Namely:

Can Desmond be a better fielder? Can he get on base enough to hit leadoff? The Nationals handed Desmond the starting shortstop job last season, throwing him into the deep end right away and hoping he could fend for himself. In the end, he was OK, but he wasn't great at getting on base (.308 OBP) and he committed a ton of errors (34, to be exact). Some blame a lot of those errors on Adam Dunn's defense, so will having Adam LaRoche instead make a big difference? It'll have to, especially with the Nationals' insistence on being a defense-first team. Strong defense starts up the middle, and with Nyjer Morgan gone, Desmond is definitely the weak link there.

As for his hitting, the Nationals moved him up and down the lineup, but this year, he'll have to hit leadoff with the departure of Morgan. Can he handle that? Desmond has decent skills, and he's certainly young enough, but it's a big jump. They need him more this year; that's for sure.

Can Espinosa and Morse follow through on their big performances in small sample sizes? Espinosa took everyone by surprise in September, belting six home runs and showing off a ton of power, but now the league knows him, and he will need to respond. Morse, meanwhile, isn't young, but will get his chance to be an everyday player for the first time after an unbelievable spring training. Are these stretches both flashes in the pan, or are they the start of something greater?

The Morse situation is interesting. The Nationals believed in his spring training success so much that they made him their No. 5 hitter in the lineup. (Of course, they may have no other options, but I digress). Statistically, Morse was fantastic last year, but as Dave Nichols of Nats News Network noted, that was because he was hitting primarily against lefties. Now, he's going to have to hit against righties more, and that's going to be a challenge. Throw in less lineup protection, and it's not being a Debbie Downer to say he's going to struggle.

Can Ramos actually make an on-field impact? Ramos was very highly-touted since he came to the Nationals in the Matt Capps deal last summer, but with Ivan Rodriguez being the legend he is, Ramos hasn't had a chance to play. But Pudge can't hold up forever, and Ramos will likely get a shot this season. He's got to show some signs that he's a long-term answer at the position.

Is Zimmermann fully healthy? Zimmermann, of course, went through the same Tommy John process Strasburg is going through now, and his health is a great unknown. Prior to the injury, he looked like a potential front-line starter, but you never know what happens after a surgery like that, even today. Zimmermann will begin the year as the No. 3 guy, but the Nationals need him to emerge as the best non-Strasburg starter they have.

Can Storen close? I agree with the baseball folks who suggest that closers are overvalued, but I do think there is value in having someone you know who can shut down teams at the end of games. Storen, so far, has been a wreck as a closer after being so solid as a regular old reliever. He had his moments last season, then had a poor enough spring training where the team in going closer by committee. This is the 10th overall pick in the 2009 draft that we're talking about, and to the best of our knowledge, he's not hurt. He needs to come forward and anchor the bullpen in whatever capacity. 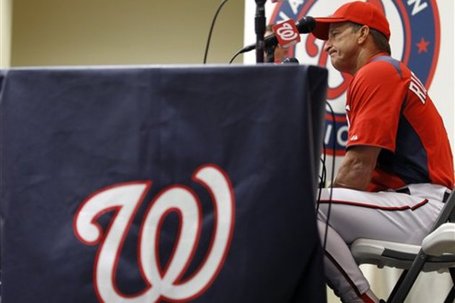 These questions won't dramatically affect the team's win/loss record this season. The supporting cast is just too old and too unproductive to make it work. But if these players can live up to their potential, suddenly, all that's left is subbing in a Harper, a Strasburg and a few big free agents into the holes that exist. That part of the job is much easier than having to wonder whether the young players are worth keeping around.

Let the 2011 Year of Player Development begin in NatsTown. It's not the sexiest motto, but it's still accurate and important.