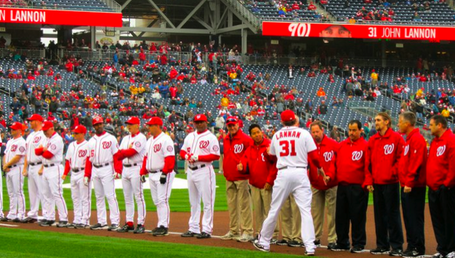 It was a pretty bad day for whoever is responsible for spelling on the scoreboard and billboards at Nationals Park on MLB opening day Thursday. There were not one, but two key misspellings made during the Nationals' 2-0 loss to the Braves.

Here's the first one, via Nationals Inquisition. It's John Lannan, not "John Lannon." I know, I know, it's easy to mix up, but you'd think that the team would know better, considering Lannan has been with the team for a number of years.

The second one, though, is much more egregious. 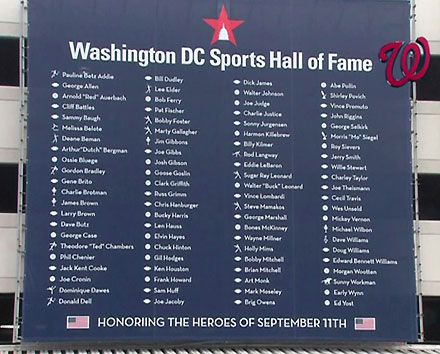 "Lannan" vs "Lannon" is simply a common misspelling. "Honoriing" instead of "honoring," though, is a lot worse. Not only is this a misspelling on a billboard honoring the accomplishment of so many D.C. sports stars, but it's also a misspelling nobody would make unless it was a typo on a computer. At least Lannan's misspelling is believable, as weird as that sounds.