Share All sharing options for: Jayson Werth Throws Out Andrew McCutheon At Home To End Nationals Vs. Pirates Game

Baseball doesn't really let you embed video, which is unfortunate, because the end of the Nationals Vs. Pirates game was very exciting. Trailing 6-3 with one out in the ninth inning, the Pirates hit what looked like a sacrifice fly to right field. Except, instead, Jayson Werth fired an absolute bullet to nail Andrew McCutheon at home and end the game.

The video of the play is here. Clearly, there's a lot going on in the play. There probably aren't many right fielders who even make the throw Werth made. There also probably aren't many baserunners who fail to score in that spot regardless. Of course, you could argue, as Clint Hurdle did, that McCutheon was safe. Finally, you could argue, as F.P. Santangelo did, that McCutheon probably shouldn't have even tried to score, with his team trailing by three runs. But none of that takes away from the fact that Werth's throw was simply outstanding.

Maybe the throw alone isn't worth $126 million, but you can certainly see the things Werth adds defensively to this ballclub. Screenshots after the jump. 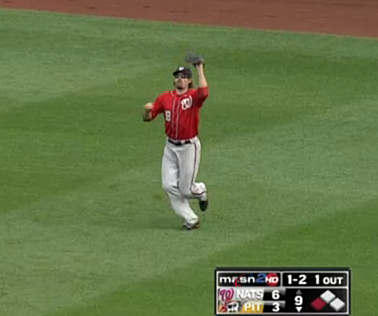 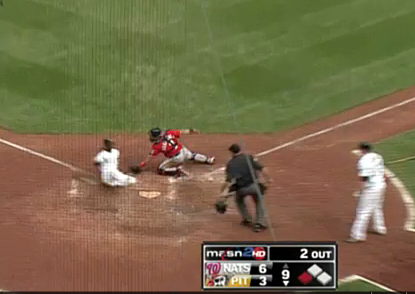 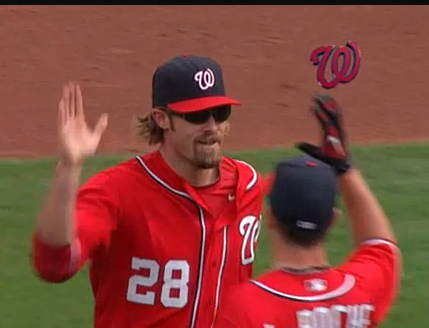 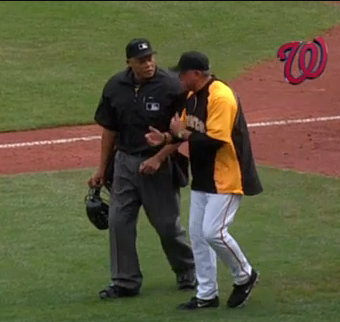