Nationals Reliever Todd Coffey Ejected For Arguing With The Umpire

Share All sharing options for: Nationals Reliever Todd Coffey Ejected For Arguing With The Umpire

All last night, the Nationals seemed to have a problem with Ump Tim Tschida's strike zone. It frustrated Livan Hernandez early in the game, and it down right infuriated Todd Coffey later. After Jim Riggleman had pulled him out of the game in favor of Doug Slaten, Coffey had some choice words for Big Blue on his way out that resulted in his ejection from a game he was already on his way out of. 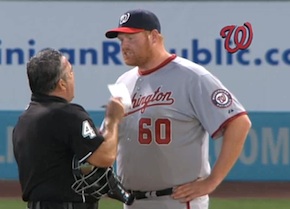 You can find the video here, but we'll provide more photos after the jump.

Let's go chronological with this one. I'll try to provide a little insight into what I think they might be saying.

"Sir, I respectfully disagree with the size and consistency of your strikezone, sir: 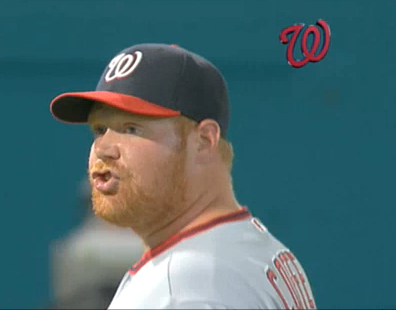 "If you make fun of me one more time for how high this hat is sitting on my head, I'm going to have to throw you out." 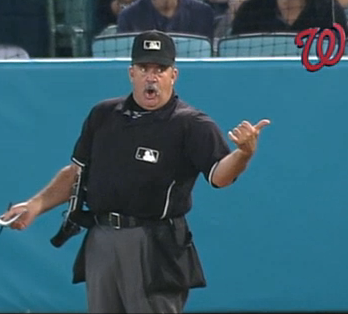 " I warned you, didn't I warn you? Don't you think I've tried to pull this thing down? Can't be done. It's time for you to leave." 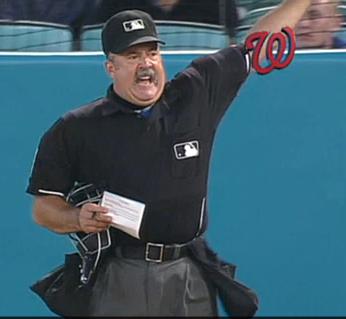 "Hey guys, it's me Jim Riggleman. I just wanted to get on camera to remind everyone I still have this job. So just keep looking at me and pretend I'm making a really cogent argument. Yeah. . .that's the ticket." 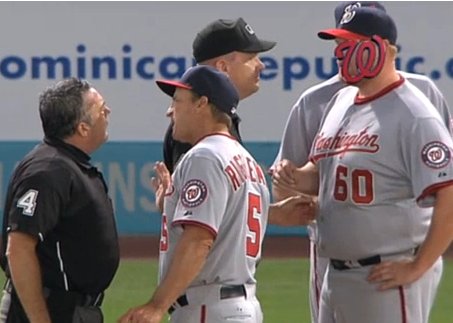