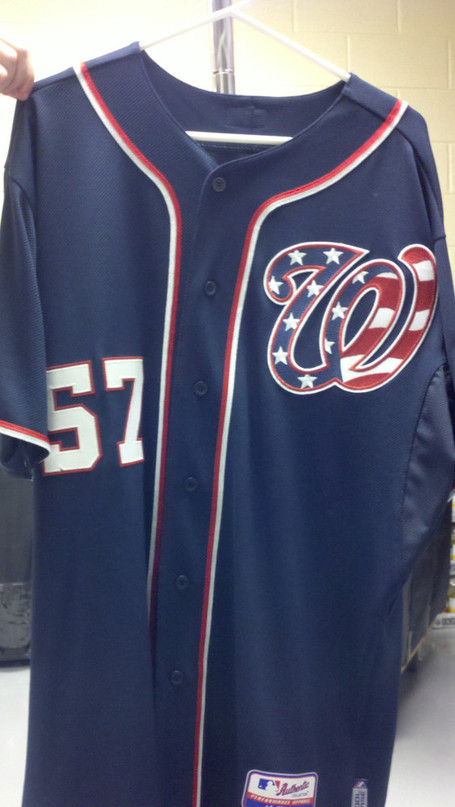 These are the new Washington Nationals' "Patriotic" blue jerseys that they will debut prior to Monday night's home game against the San Francisco Giants. In yet another twist of fate, the jerseys are ready just in time for the first game following Osama Bin Laden's death. The Nationals had been planning on this to be their first Military Appreciation Night already, and these new jerseys will only drive home the experience at the ballpark tonight.

As a quick review, here is what is happening at Nationals Park for Military Appreciation Night, via Nationals PR:

This one should be memorable.