Share All sharing options for: Jim Riggleman Ejected After First At-Bat Of Nationals Vs. Orioles Game 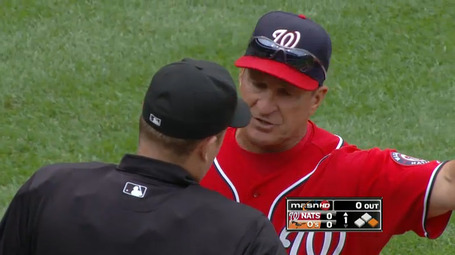 Sunday afternoon's game between the Washington Nationals and the Baltimore Orioles couldn't have started out more bizarrely. The first batter of the game was center fielder Roger Bernadina, who laid down a bunt on Orioles pitcher Chris Tillman and made it to first base in time. But he was ultimately called out, which eventually led to Jim Riggleman getting ejected.

It seems that Bernadina was called out for bunting the ball out of the batter's box. It was a highly unfortunate play, as the next batter, shortstop Ian Desmond, hit a double that probably would have scored Bernadina. Instead Tillman was able to get out of the first-inning without any damage.

The Nationals are now down one manager and minus a run in Baltimore. Call it "Nationals Luck." 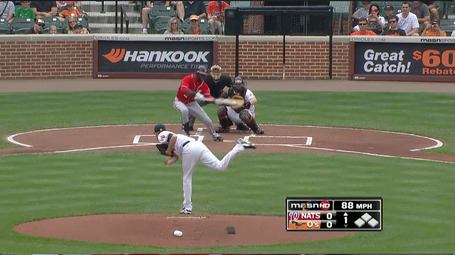 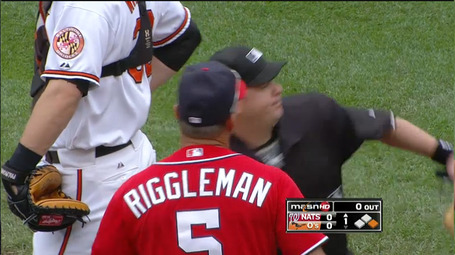