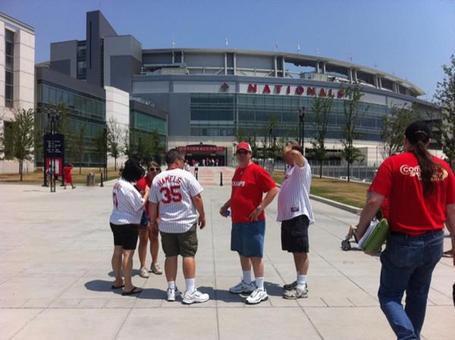 It's the Philadelphia Phillies and the Washington Nationals at Nationals Park on this Memorial Day afternoon, which means that the stadium is once again infested with evil Phillies fans. One day, the Nationals will be good enough to fill their stadium with their own fans, but that day is not now.

This is just one picture of the many Phillies jerseys present at the stadium. They were all over the metro, and they are also all over inside the stadium. For example:

Phillies-Nats ration on Metro is unreal. Gotta be 10-1.less than a minute ago via UberSocial

And thanks to some generous concessions, they can buy their own Phillies gear too! 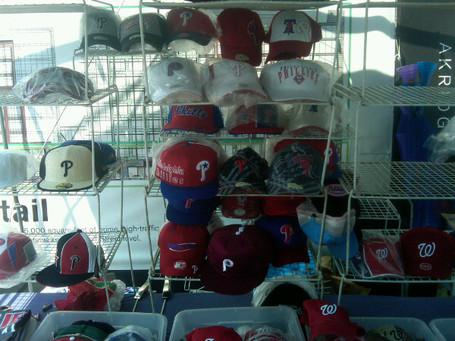