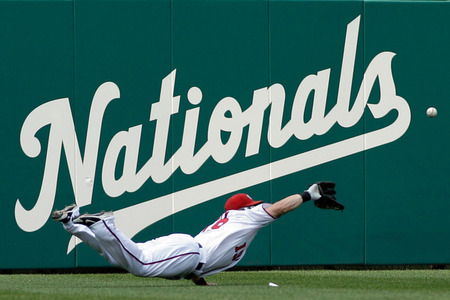 Just as you all predicted when the season began, Laynce Nix was the key man in allowing the Nationals to finally beat the Phillies in a three-game series. First, Nix homered to give the Nationals a 2-1 lead on Wednesday. Then, with the bases loaded in the top of the sixth inning, he made this unbelievable diving catch in left field to preserve the lead.

It's hard to do the play justice simply through screenshots, but MLB doesn't allow its videos to be embedded, so you'll just need to click this link and watch it for yourself. It really did look like Dominic Brown had a double that could have scored as many as three runs and surely would have been incredibly deflating. Instead, there was Nix to the rescue to reach out across his body and get the glove on the ball.

I guess Mike Rizzo's emphasis on defense last summer did indeed pay off. The play in screenshots below the jump. 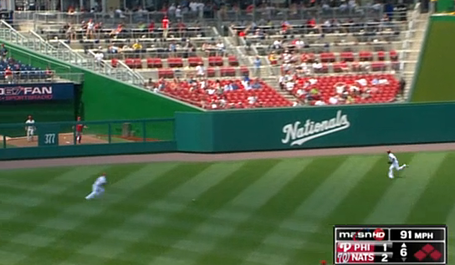 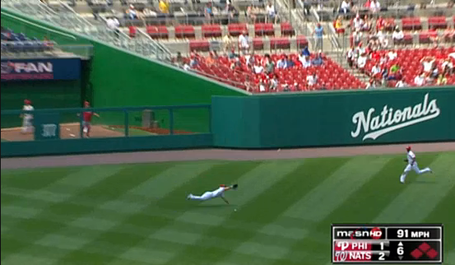 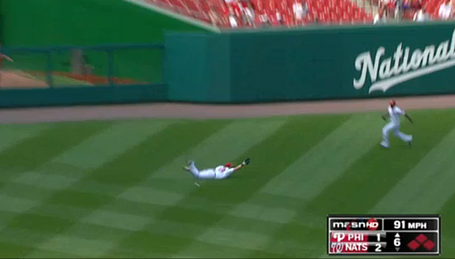 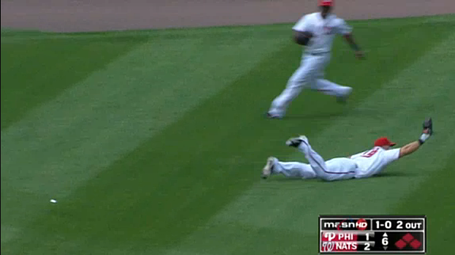 And now, the replay. 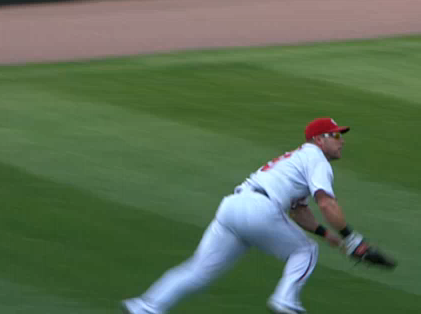 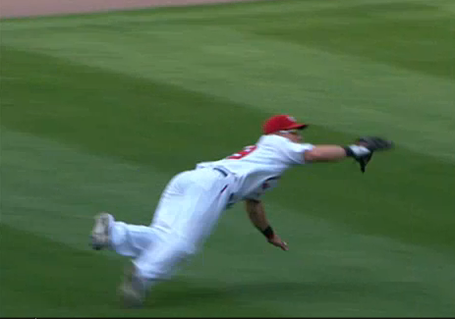 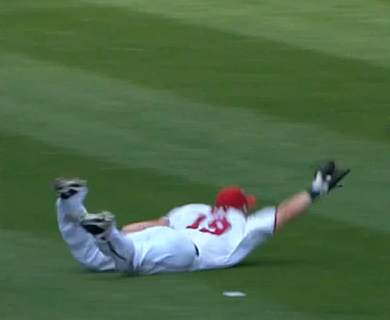 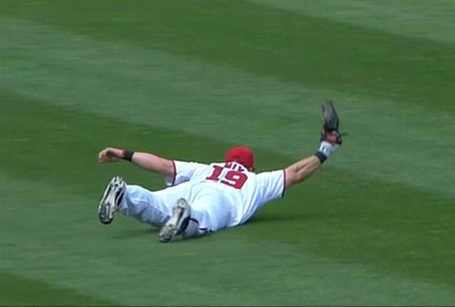