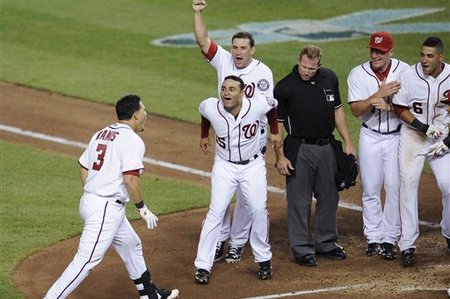 The best part of the Nationals' improbable comeback win over the the Seattle Mariners may have been what ensued after Wilson Ramos' walk-off three-run home run. OK, so that's probably a stretch, but it's not too much of a stretch.

We all know how it ended. Things looked dire when Ryan Zimmerman grounded into his third double play of the game, but Jerry Hairston and Danny Espinosa singled home runs. Then, Ramos stepped up, hit his home run, and set off a fun celebration.

First, we have to note Ramos' home run trot, since it's been an issue before. This one was slow, probably as slow as the one in Arizona. Of course, the purpose was different, but clearly Ramos has two speeds on his home run trot. 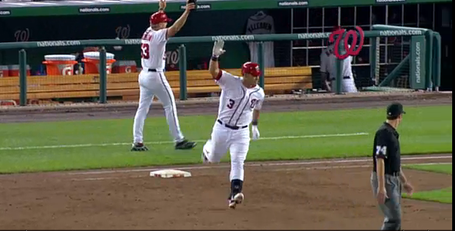 Then, there was the celebration, one that featured normally-despondent Jayson Werth even being happy. Dan Steinberg of the Washington Post chronicled all of that here brilliantly. Finally, there's Ramos skillfully avoiding Michael Morse trying to pour Gatorade on him during the postgame interview. 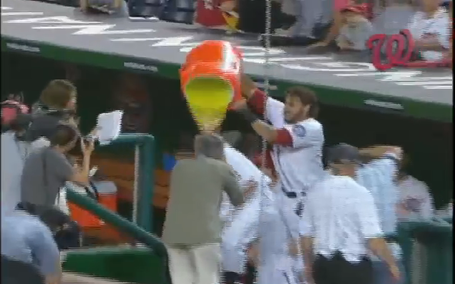 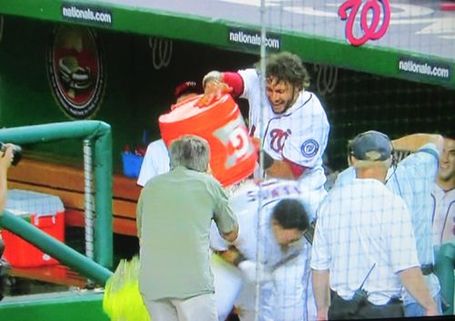 These are the signs of a happy team, one that's now in third place.

Mariners Vs. Nationals: Vamos Ramos! Wilson Ramos Hits 3-Run Walk Off To Give Nationals The Win