Ryan Zimmerman, Rodney Atkins Team Up To Fight MS At zIMS Foundation's 'A Night At The Park'

Share All sharing options for: Ryan Zimmerman, Rodney Atkins Team Up To Fight MS At zIMS Foundation's 'A Night At The Park'

WASHINGTON, D.C. - What do country star Rodney Atkins, All Star third baseman Ryan Zimmerman, reliever Collin Balester and "The Batting Stance Guy" have in common? Each one of them has a loved one that suffers from multiple sclerosis (MS), a debilitating disease that attacks the central nervous system.

Together, they made a difference on Thursday night at the second annual ziMS Foundation's Night at the Park fundraiser at Nationals Park. Zimmerman launched the ziMS Foundation in 2006 to help find a cure to MS. His mother, Cheryl, was diagnosed with the condition in 1995. In his most recent contract, he negotiated use of Nationals Park once each season for the philanthropic endeavors.

"Obviously, the cause of MS is near and dear to my heart because of my mother, but we've met so many families and so many people that are affected by this disease. To be able to give back is very important," Zimmerman said.

Zimmerman was only eleven when his mother was diagnosed with the condition and part of his focus is on helping children of MS patients deal with the challenges he faced. He meets regularly with children of MS patients before home games, and one of the foundation's new beneficiaries is DreamMakers, an organization that provides resources and programs for children whose parents suffer from the disease.

Like Zimmerman, Gar Ryness (aka the Batting Stance Guy) has watched his mother suffer through the same condition. Ryness served as emcee for the event and treated those in attendance to impersonations of their favorite Nationals hitters.

Country star Rodney Atkins entertained the crowd for nearly an hour, performing his signature hits including Farmer's Daughter, Cleaning This Gun (Come On In Boy), These Are My People, It's America and If You're Going Through Hell. He dedicated his performance of Take a Back Road to his brother-in-law, who is also battling MS.

"[Zimmerman] always does the right thing," Balester said. "He's a great person. Everyone on the team respects him, so obviously we want to support him. Also, my wife's father has MS. It's nice to be able to give back and support my teammate."

Nationals reliever Todd Coffey won a VIP trip to the Masters golf tournament in Augusta, GA for a generous $2,200 bid. Other notable items included a Grammy VIP experience, use of Zimmerman's suite at a Nationals game and a fighter pilot experience. All told, the live auction portion of the evening raised over $60,000 for the ziMS Foundation.

Photos are via Cheryl Nichols of Nats News Network. 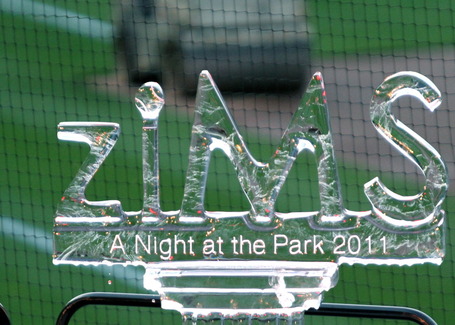 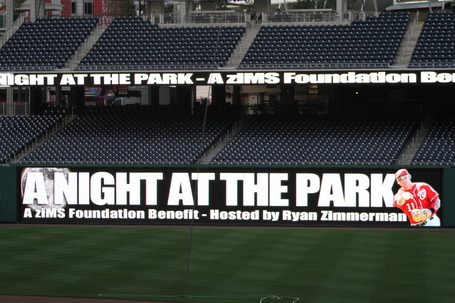 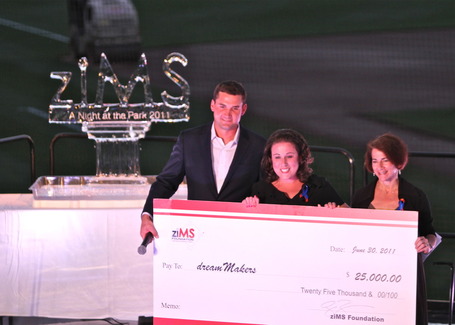 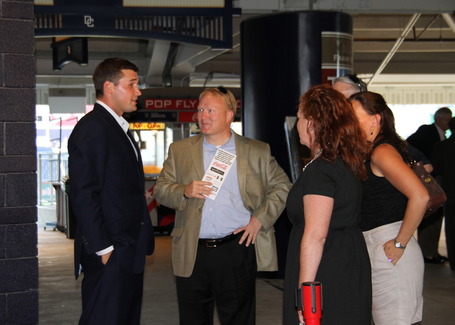 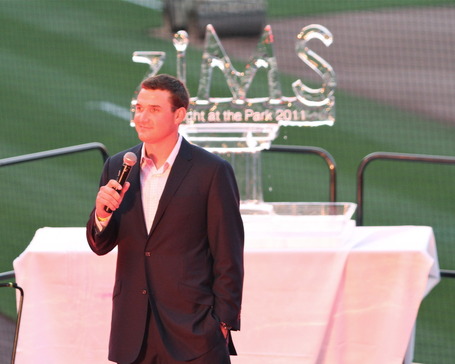 Kristen is a member of the Host Committee for the ziMS Foundation's second annual Night at the Park fundraiser.