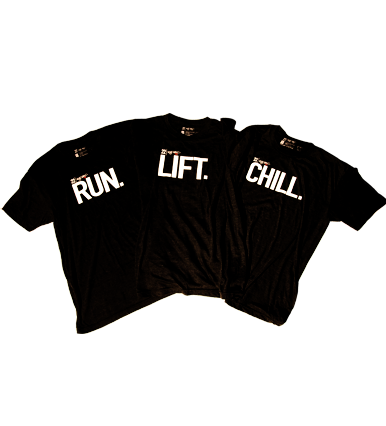 Tyler Clippard, the Washington Nationals' lone representative in tonight's MLB All-Star Game, has a very unique way of getting around his team's clubhouse, according to certain members of the Washington coaching staff. Interim pitching coach Steve McCatty has given Clippard the nickname "the lunge" for his distinctive, laid back gait.

The 26-year-old right-handed setup man's relaxed demeanor is also embodied by his fashion. Apparently, Clippard's favorite shirt to wear around the clubhouse is a 22Fresh brand T with the word "Chill" written on the front. We have an email out to the store awaiting confirmation, but we believe that's the shirt referred to in the story.

UPDATE: 22fresh has confirmed that's the shirt Clippard is wearing, and adds that it's only available as part of a "gym pass" three-pack with the other two shirts.

22Fresh is the same company that sells the "Beast Mode" T-shirts that Michael Morse has worn all year. Clippard's shirt, of course, is in addition to his trademark goggles, which have their own cult following at Nationals Park.

In fact, his goggles have their own line of T-shirts made by Section 138, donning the phrase "Fear The Goggles."